Samsung Allow the Camera to Hide Behind the Screen

Samsung teased its Galaxy A8s Launching of Galaxy A9s in China. Samsung didn’t accept the Notch on there Smartphone While it uses Hole for there Front-facing Camera and Other Sensor. The Hole is placed in the Upper Body of the Display Where Recently, Oppo and Vivo come with there waterdrop notch on the Display this Notch has 93% Screen-to-body ration. Which consume lesser space than the iPhone style notch.

It is possible that Samsung Uses the Transparent Screen Which was already Developed by Samsung in July 2016, Which will Turn off While we didn’t use Camera. The Device doesn’t seem like it has any Face-unlock, it could be Possible that they used in-Display Fingerprint Scanner or It Could offer a rear Fingerprint Scanner.

Samsung Galaxy A9 comes with a 6.3-inch Full HD+ resolution With the Super AMOLED Display,
The Device Will be powered by the Snapdragon 660 coupled With 6GB of RAM + 128GB Of onboard Storage, Storage Will be further Expand via MicroSD.  It has a Massive 3800mAh battery, The Body Will be Similar to Samsung A8s With Dual Rear Camera. 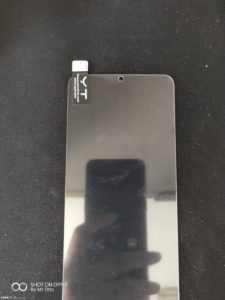 The Samsung Galaxy A Series Comes With and Competitive Offers as Galaxy A7 have Triple Camera setup Like Huawei P20. The Galaxy A9 Comes With a World First Rear Quad Camera Smartphone, And Galaxy A6s was the First ODM Smartphone.