The Xiaomi Mi Mix 3 launch event today in China. This device Comes two different colours green and blue, it has a vertical dual camera setup both Rear and front in which phone has a rear-mounted fingerprint sensor is also seen, it has no display fingerprint.

In which phone runs the latest MIUI 10 on top of Android 9.0 Pie, Xiaomi says users can customize the slider to activate different functions, serving as a shortcut key of sorts. This phone comes with magnetic slider design, The Xiaomi Mi mix is world first phone because this phone has large 6.39-inch AMOLED display and 93.4% screen to body ratio with their screen resolution is 2,340 x 1,080 pixels and their aspect screen ratio is 19.5:9, it comes with beautiful look and design.

The Xiaomi Mi mix 3 has latest two Kryo 385 quad-core processors which clock at 2.8GHz and 1.8GHz clock speed it is based on Snapdragon 845 Octa-core processor coupled with three different variants 6GB, 8GB and 10GB Ram it gives impressive performance compared to another phone and128GB,  256GB both on 8GB and 10GB storage onboard, there have 12MP+12MP dual Rear cameras with their f/1.8 and f/2.4 aperture, and 24MP+2MP front camera, the Mi mix 3 achieve a score of 103 on DxOMark, hitting 108 for photos and 93 for videos. In which phone has Exmor-RS CMOS Sensor and there is Dual-color LED Flash on the rear  some feature in camera Digital Zoom, Auto Flash, Face detection, Touch to focus and portrait mode both Rear and Front 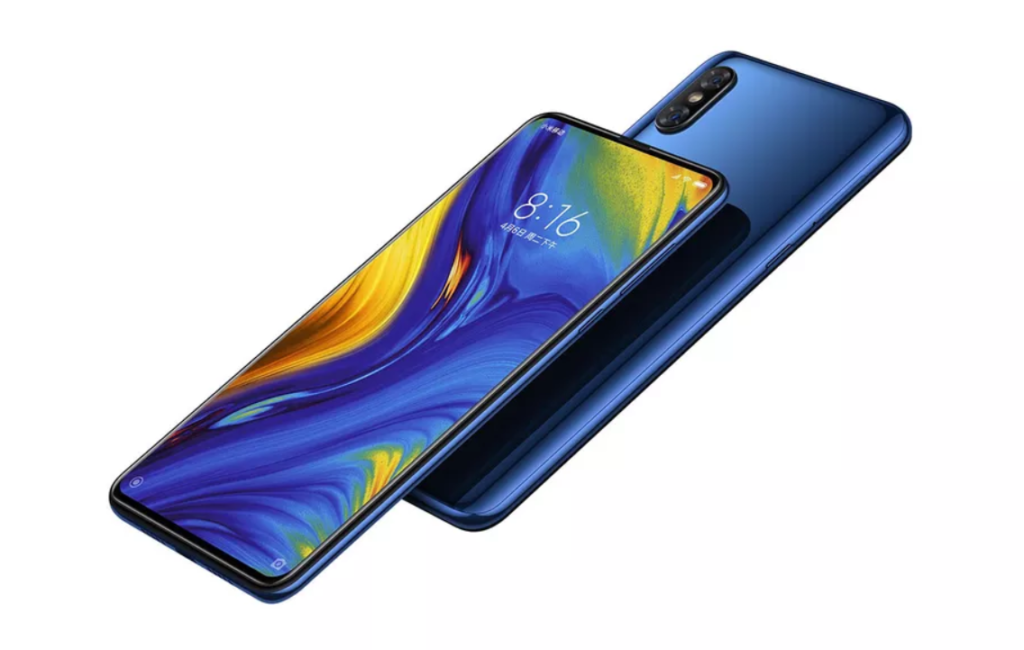 In which phone has 3,850mAh Lion battery with fast charging support and wireless, Xiaomi is also bundling the phone with a 10W wireless charger. Xiaomi has also teased 960fps super slow-mo video recording on the Mi Mix 3, with a video showing about 8 seconds of footage at the slowed down speed. It has 3.5mm headphone jack

The Device is Powered By the Qualcomm Snapdragon 845 paired with the 10GB of RAM + 128GB of Storage. The Device is Boosted With Adreno 564 GPU for Graphics. The Device 6-inch of Resolution 1080 x 2160 pixel. The Device has a Dinorez T2X-1 Scratch and Shock Resistance Glass Back.