The Sharp Aquos R2 is the Most Specced Out Compact Device you can Buy!

Sharp unveiled its Aquos R2 Compact Smartphone Will be released in Japan in Early 2019. They Known for making Display Panels rather than Smartphone Manufacture. It Will exclusively available for Japan Market.

Aquos R2 has a 5.2-inch Full HD+ LCD Display Panels, Alongside With Dual notch. Where at the Top as Waterdrop Notch and Bottom as Wider Notch of the Display, at the top it as Camera and Sensors. While
the bottom Notch is Used to hold a Physical Fingerprint Sensor. Company Say there Display as ‘High-Speed IGZO Liquid Crystal Display.’‘High-Speed IGZO Liquid Crystal Display’. 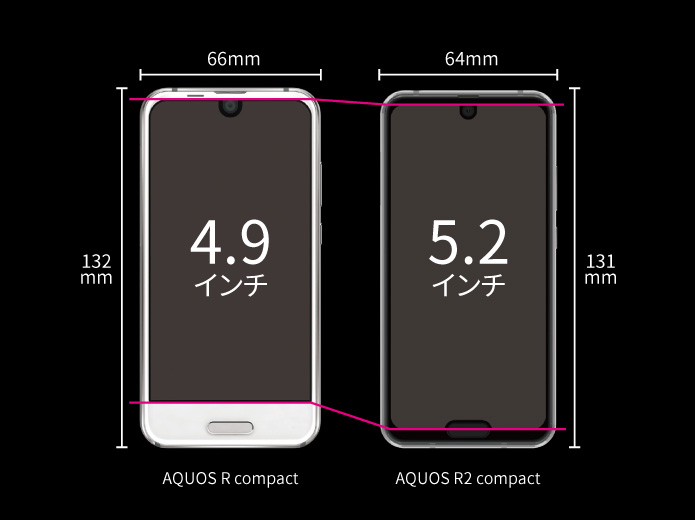 It was powered by the Qualcomm Snapdragon 845 Soc coupled With 4GB of Ram and 64GB of Onboard Storage, aside it also offers a Face Unlock. If We Talk About the Camera Department, It as rear 22.6MP Camera Sensor alongside 8MP Selfie Shooter with the aperture of f/1.9 AND f/2.2 respectively. For Stavlising it has hybrid Stabilisation (OIS and EIS).

The Device is Run over Android 9.0 Pie out of the Box with its Sharp Custom UI. Not to Mention the UI is Quite Smooter and packed With More Feature, aside only less than 0.1% of the Smartphone running over Android 9.0. Sharp Aquos R2 features a Small but Undertable non-removal 2500mAh battery. The Device will go on sale By Softbank Exclusively in Japan. 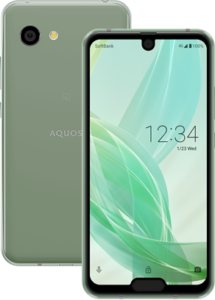 Sharp’s CEO also doesn’t believe that a bottom display notch will negatively have an impact on app compatibility.

If you think dual Notch is Ugly Design then you surprise to Know that Google Rolled out the Dual Notch Android Notch Guidelines, I think there is not an Issue if it has dual Notch! Sharp inspiring Mobile Manufacture for Second Generation Model, The View area is a lot for Visual Capacity.

Tell your thought about Sharp Aquos 2 in the Comment Section Below! Stay tuned for More Updates.