Recently, Samsung announced there 45W Super Fast Charger 2.0 for their Flagship Galaxy Note 10 Plus Devices. Samsung is all Set to Ship their Charger Globally and There Were Two New Device Which Will be Support the High Watt Charging Technology. We all Know that there Were Some Rumors about Samsung Galaxy A91 And Galaxy A90 along A90 5G Devices might be launched Near Soon.

Those two Devices have been Listed on their official Website With 48W Super Charger 2.0 Compatible. Samsung Confirm there Two Devices With Some Key Specification. The Galaxy A91 Will Support 48W Charging Speeds, While the Galaxy A90 5G Will Support 25W Fast Charging. We Expect More Devices Will Be Announced With a 48W Charger Globally. 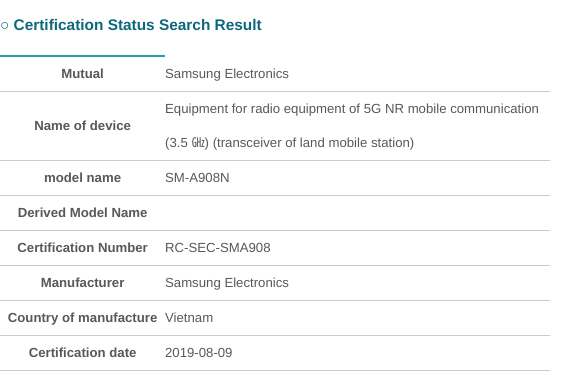 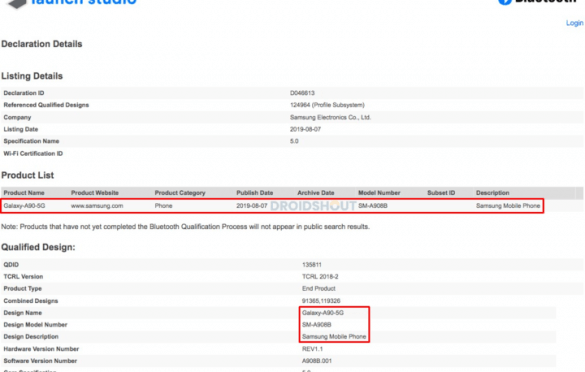 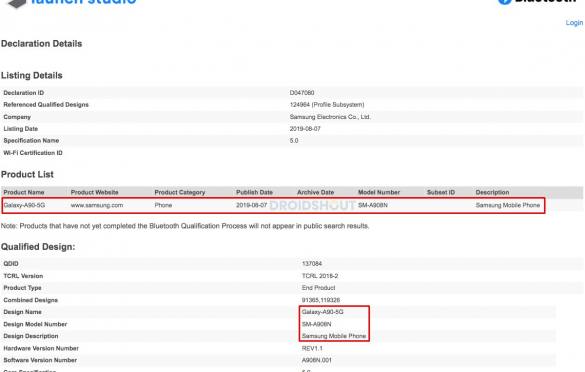 According to Some Rumors, The Galaxy A90 5G Might Be Feature Triple Camera Sensor With Tilt OIS Technology Sensor. While Some Rumors Suggested the Devices Could be the First Global 5G Cheap Devices.

Because the Device is been Certified by Korea National Radio Research Agency (NRRA) follows Approvals from Bluetooth SIG and Wi-Fi Alliance. Galaxy A90 5G Spotted With a model Number SM-A908N and SM-A908B Spooted on Geekbench.

And in another addition, one of both likely called #GalaxyA90 (SM-A908) comes with a FHD+ sAMOLED Infinity-U display…

Galaxy A90 5G Suggest the Device to be Powered by the Flagship Snapdragon 855 Soc Coupled With at least 6GB of Ram. It Sport 6.7-Inch Super AMOLED Display of an FHD+ Resolution. It packed a Massive 4500mAh battery With 45W fast charging.

Read Also: Honor KSA-AL10 listed on TENNA, it could be Honor 8S Pro

Thanks for Being With us, Share your valuable Opinion and Feedback in the Comment Section Down Below. Stay tuned for More Further Updates in the Future on Same.