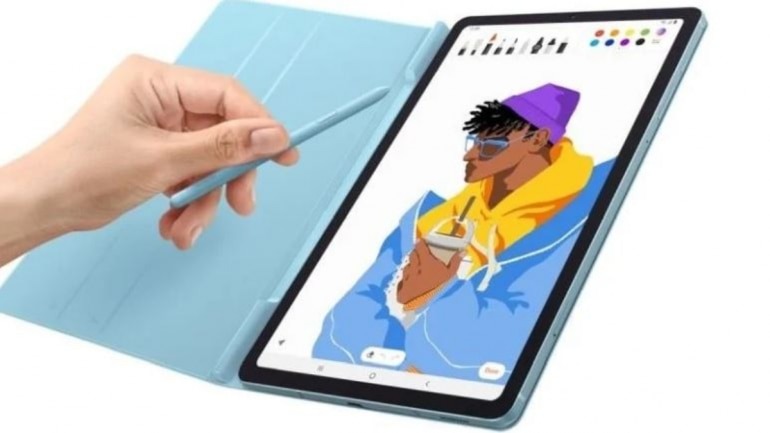 Samsung has launched Samsung Galaxy Tab S6 Lite in Indonesia alongside the device. Which will be arriving in the United States, United Kingdom and European Union. The device seems to be quite promising, let’s take her closer towards the device and no more about it.

It comes with and 10.4 inches of TFT display panel that supports 16 million colours. However, its supports and 1200 to mm pixel resolution at a pixel density of 224 PPI. Meanwhile, it’s providing a 1.6% screen to body ratio with a 5:3 ratio.

Under the hood, the device has powered by Samsung’s in-house Exynos 9611 based on the 10nm process of an octa-core CPU. The chipset is prepared with Mali G72 MP3 GPU for graphics performance period with 4GB of Ram and 64GB / 128 GB of onboard storage. Further, you can expand the storage using a microSDXC dedicated storage Expendable option. It runs on Android 10 based custom skin OneUI 2 out of the box.

There are two different colour variants available as angular blue and Oxford grey colour options. If you purchase the Samsung Galaxy Tab has 6 light May 26 then you will get a free book cover. While in Germany the device starting at €379 and €439 for Wi-Fi and LTE variant respectively. Meanwhile, if you purchase the device before April 29 then you will get a free book cover. As for the price concern for the eurozone. It seems to be quite identical but it could vary depending on the tax rate up to €10 to €20.

for being with us, we would like to know your valuable opinion and feedback. If there is any query shared with us in the comment section down below. Stay tuned for more updates in the future on the same.