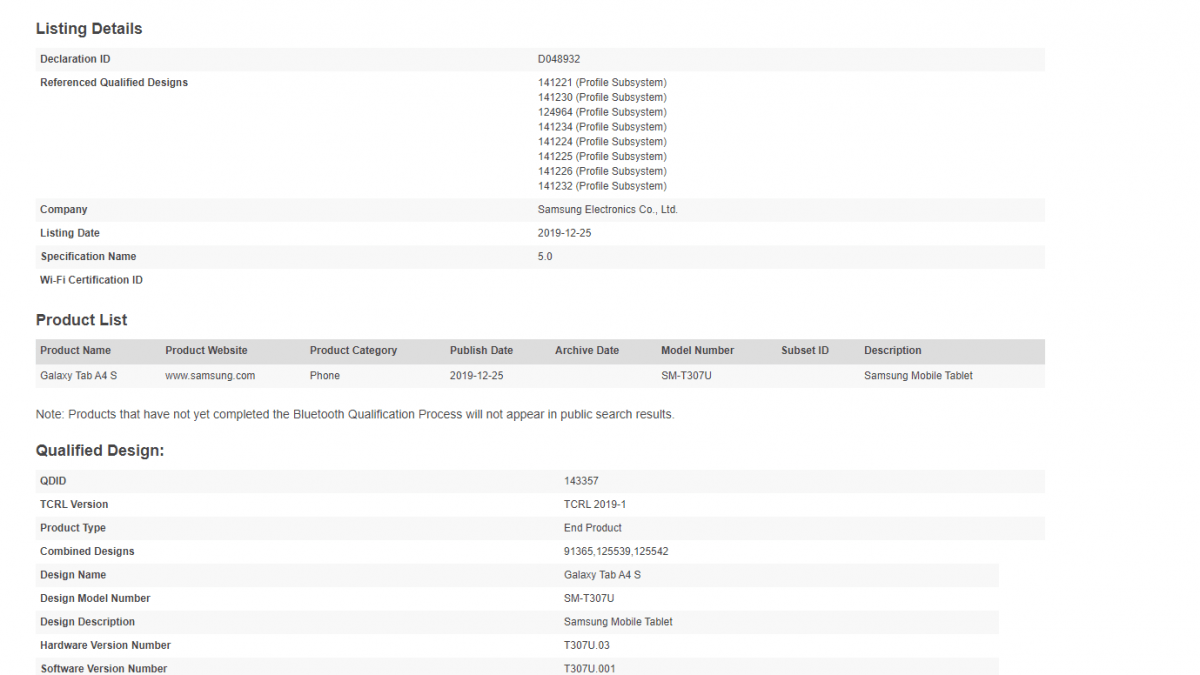 Samsung launchs its new Tablet called as A4 S, Recently This device get certified with Model no. SM-T307U model number and is revealed to support Bluetooth 5.0 connectivity. Previous Report, this TAblet Spotted on Wifi Alliance Database. According to the database this is Upcoming Tablet From Samsung. This device launch at CES 2020.

According to Rumors, Samsung Galaxy A4 S comes with 8-Inchs Display. This deivce comes with 3Gb Ram With 32Gb Storage On-board. it runs latest Android Pie out of the box. There has Single Camera Both Rear and Front, You can Capture Better Qaulity Pictures. 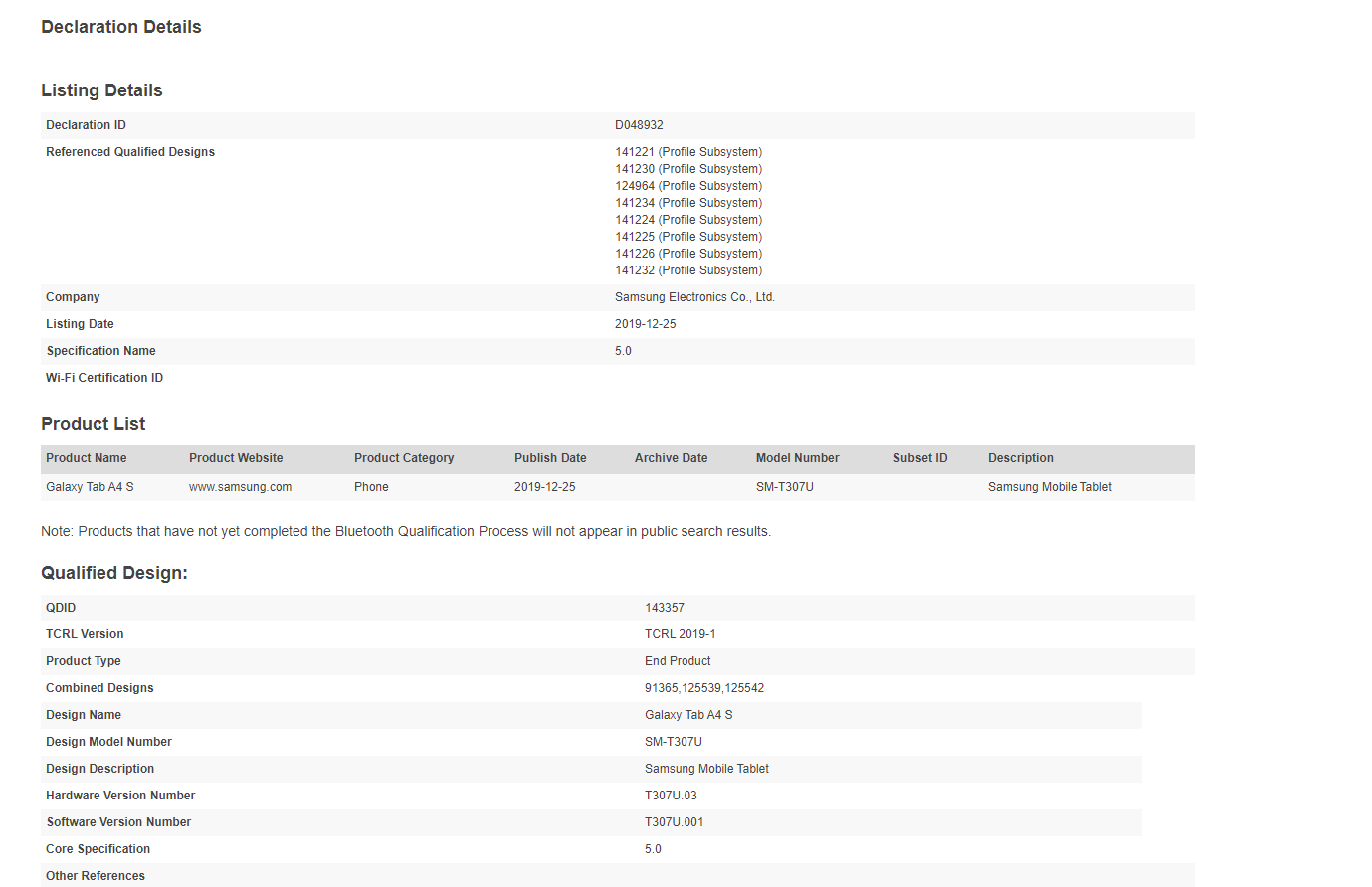 Recently Samsung Galaxy M31 Listed on Geekbench, The Device is Powered by Samsung In-House Exynos 9611 Soc and it is Set to clocked at the Base Frequency of 1.74GHz. The Chip-set is Paired With 6GB of Ram and it is Run on Android 10 Operating System. Which Suggest the Device Will be Run on OneUI 2 based On Android 10 Out of the Box.

In the Terms of Performance, This Device Achieve a Score in tests of Single-Core 348 Points and test of Multi-Core 1214 Points recorded. According to Reports, The Device is being tested With and Internal model Number (SM-M115F) Suggested the Device be a Galaxy M11 Which is tested by Samsung India. Further, The Device using a 32GB on-board storage and it is expected to arrive 64GB on-board Storage in Galaxy M31.