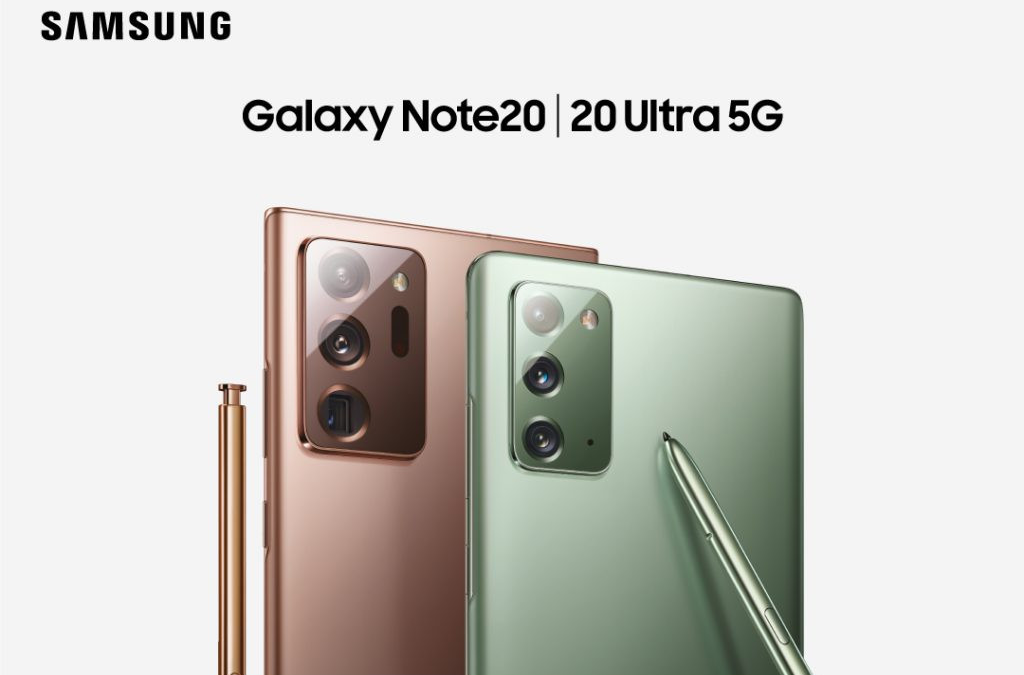 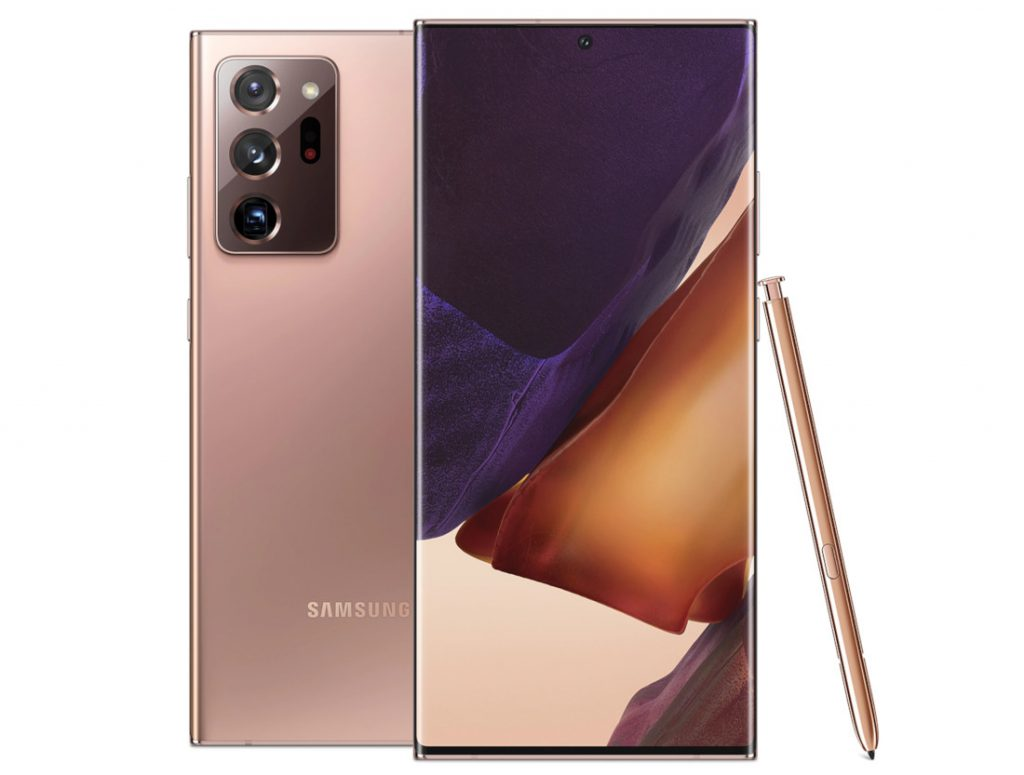 The device comes with a 6.9-Inch of Quad HD+ display panel having a 3088 x 1440 pixel resolution includes a Dynamic AMOLED Display panel featuring an infinity-O screen. Meanwhile, it was an HDR10+ delivering a 469PPI alongside a 120Hz of screen refresh rate. Not to mention, the device is a 1500nits of

maximum brightness, and the screen includes the protection of corning gorilla glass victus out of the box.

Under the hood, the device is going to be powered by Samsung in-house Exynos 990 mobile platform based on 7nm integrated with ARM mali-G77Mp11 GPU. The chipset has been paired with a 12GB of LPDDR5 Ram and 256GB of onboard storage. Further, you can expand the storage using a dedicated microSD card slot up to 1TB. The device has been running on Android 10 based custom skin One UI out of the box.

Furthermore, the device likely to be featuring a Hybrid Dual SIM and in terms of camera performance, the device having a 108MP f/1.8 primary + PDAF, Laser AF, 12MP f/3.0 periscope lens + OIS, 5x optical zoom, Super-Resolution Zoom with 50x zoom and 12MP 120° Ultra-Wide angle lens. In comparison, the front having a 10MP Selfie shooter with f/2.2.

Therefore, the device also includes a Water and Dust resistance utilizing the IP68 alongside a Stereo speaker adopts AKG and Dolby Atmos support. Most likely, the device featuring an ultrasonic fingerprints canner. The dimension of the device measured as 164.8 x 77.2 x 8.1mm and Weight: 208. As for connectivity, the device having a 5G SA/NSA, Dual 5G VoLTE, Wi-Fi, and other basic. To power, the device is going to equip with a 4500mAh battery using a 45W if fast charging solution with a Support of WPC and PMA out of the box. 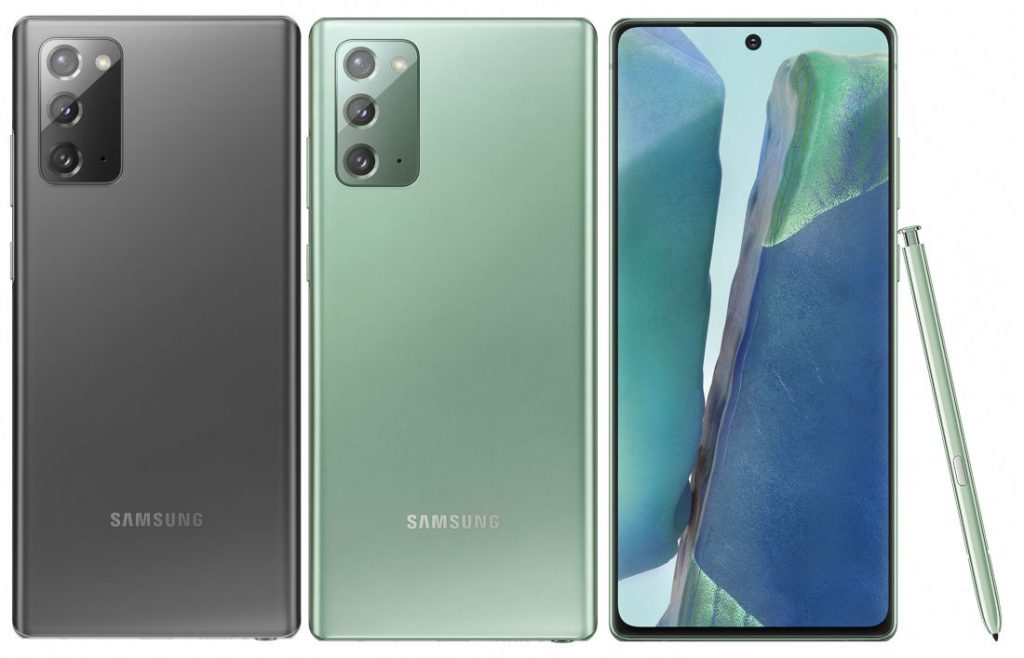 Under the hood, the device is going to be powered by Samsung in-house Exynos 990 Soc based on 7nm based on EUV Chipset integrated with an ARM malioG77MP11 GPU. The chipset has been paired with an 8GB LPDDR5 Ram and 256GB of UFS 3.1 onboard storage. The device has been running on Android 10 based custom skin OneUI out of the box.

Furthermore, in terms of camera performance, the device housing a 12MP f/1.8 primary + 64MP telephoto lens f/2.0 + 12MP 120° Ultra-Wide angle lens. In contrast, the front has a 10MP f/2.2 selfie shooter upfront. Likely, the device is to include a water and dust resistance IP68, and it also features an S Pen within a Pen tip diameter of 0.7mm and IP68.

To power, the device is going to equip with a 4300mAh battery using a 25W fast and wireless charging support bundled in the box. The dimension of the device measured as 161.6 x 75.2 x 8.3mm and Weight: 192. Even more, the screen includes an ultrasonic fingerprint scanner so far. The price of the device is been starting with Rs 77,999 for the 8/256GB and the Samsung Galaxy Note 20 Ultra 5G for the Rs 1,04,99 on 12/256GB. Notably, the device will come initially two different color options for the Mystic Bronze and Mystic Green Color option. Likely, the device is also going to having support for the eSIM for the Airtel, Jio, and soon available for the Vodafone.

Motorola One Fusion+ launched in United State for the $399