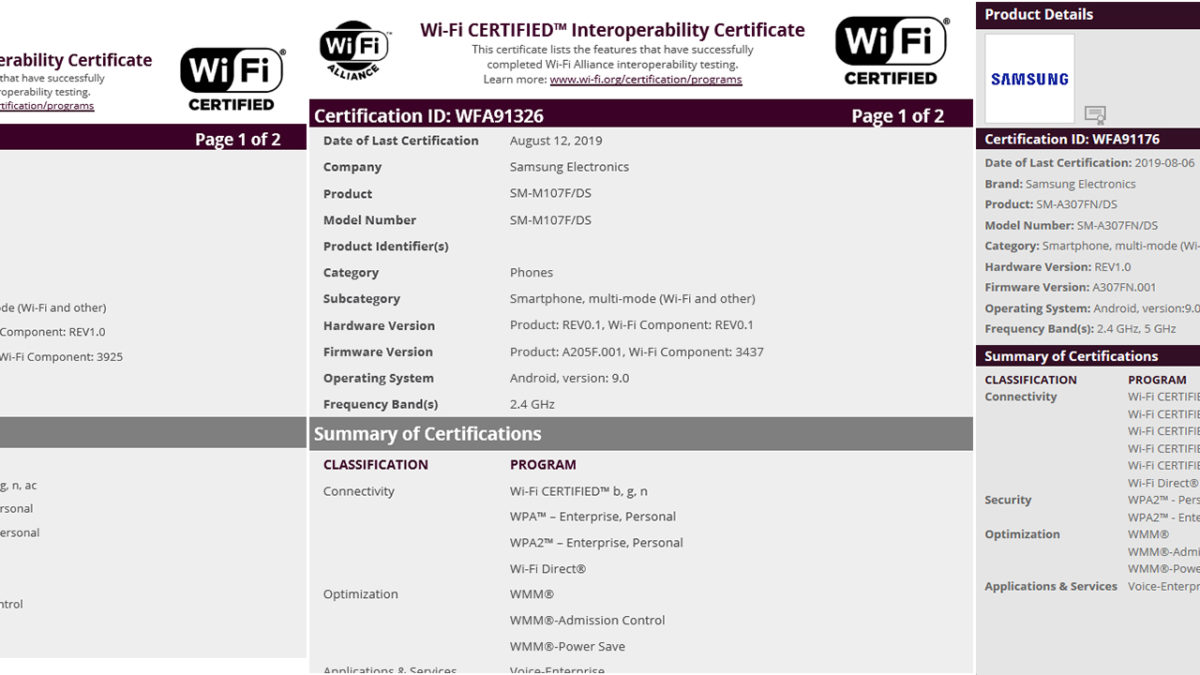 Samsung Galaxy A50s with the model number SM-A507FN/DS was also spotted being certified on Wi-Fi Alliance. The Galaxy A50s was spotted on AnTuTu with the same model number, and it was listed with an octa-core Exynos 9610 SoC coupled with 4GB RAM with 64Gb storage on board. It also runs the latest Android Pie out of the box.

Samsung Galaxy A30s also certified by Wi-Fi alliance site bearing the SM-A307FN/DS. It will feature the Exynos 7885 SoC paired with 3GB RAM. Samsung Galaxy A30’s has a 6.4-inch Infinity-V display and 4,000 mAh battery. Expected this device comes with the triple rear camera. This device got 1322 point in the single-core score test and 4,116 in a multi-core score test.

Thanks for Being With us, Share your Valuable Connect and Opinion in the Comment Section Down Below. Stay tuned for More Further Updates.

Redmi Note 8 Series is Coming: What We Can Expect Leaks and Rumors