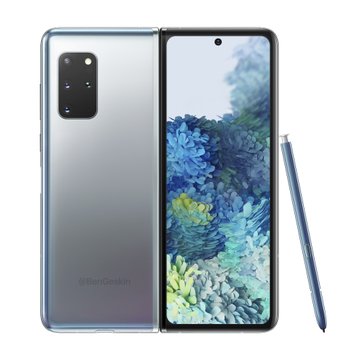 Samsung reportedly starts working on there Galaxy fold 2, which is a successor of Galaxy fold. It is one of the most smartphones that deserve to be the flagship and innovative smartphone category. Where it allowed the user to use it as a smartphone or use it as the tablet or even for some like a computer. It is a smartphone that likely to be deserved and upgrade it to boost more productivity.

Let’s take a closer look forward it and know more about how Samsung is going to deal with Samsung Galaxy Fold 2. What we can expect from 2nd generation Galaxy foldable device.

The screen of the device is one of the most highlighting factors of the foldable Smartphone. The galaxy will going to proceed further with n enhanced pixel resolution counting up to 22213 x 1683p. It will come with a screen size of 7.15 inch and be enhanced with 362 to 372 to DPI (Dot Per Inch). On the other hand do Samsung Galaxy S20 Ultra having and 511-pixel density likely to be considered as the flagship but on the Galaxy fold to you would depend on the technology limitation as of now.

The display panel of the device will be improved for the with the support of 120 screen refresh rate compared to the predecessor 60-hertz refresh with the panel. Whereas the refresh rate will be accomplished by 240 hours touch sampling and to be the feature and full HD resolution. It going to depend on the battery capacity and another factor as it does not finalise as of now.

(render based on latest leaks) pic.twitter.com/TK8Ex9XvYU

Samsung Galaxy Fold will pack a punch-hole camera cutout to hai Dayan Camera sensor inside it. There would be a lot of improvements will going to utilise the Samsung ultra-thin glass technology which had recently used in the Samsung Galaxy Z flip. This technology will go to make it better in terms of scratches and the drops. We all know that Samsung needs to add a layer of protective film manufactured using plastic to get premium durability and prevention from scratches.

Does Samsung Galaxy Fold 2 is going to continue with its classic design with a secondary display expected to be 4.7 inches diagonally sport a 1680 x 720 Pixel. Like previous generation there was huge basil that seems to be quite outdated so this time we can suppose that there will be a narrow bezel surrounded by a display?

Galaxy Fold 2 Leak cont.
•Notch/Hole/UPC – They wanted to go with an under panel camera, but it isn’t ready yet. Will be a punch hole.
•Pen Input: Yes, will have the S-Pen. Fits in with the Note Series and enhances the tablet experience.#Samsung #GalaxyFold #Foldable

Samsung will not likely to go for a higher refresh rate within a combination of higher pixel resolution because of low-temperature polysilicon. Therefore if they are going to use LED or LCD display panel they will likely not because foldable smartphone required and pOLED accomplished within low-temperature polycrystalline.