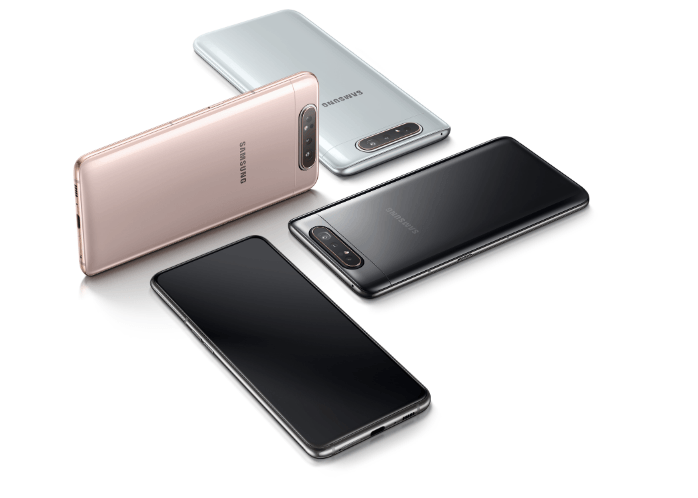 Samsung is Preparing for there Upcoming Smartphone and Likely there Were Working on Samsung Galaxy A80. Which Expected to launch in April this year.
This Device Looking Promossing and to be Feature a Triple Rear Camera Setup and a Notch-Less Display.

It Supposes to Comes with a 6.7-inch Full HD+ Display With a 1080×2400 Pixel Resolution. Where it Having an AMOLED Display Panel of a 20:9 aspect ratio.
For Protection it Ultize the AMOLED Display and Having a Flash In-Display Fingerprint Sensor.

Under the Hood, The Device Will be Powered By Qualcomm Snapdragon 730 Soc Coupled With 8GB of Ram and 128GB of Onboard Storage. Further, it Doesn’t have any Expandable Storage Option. To Power, the Device is equipped with a 3700mAh battery Using a 25W Wired Fast charging Support. 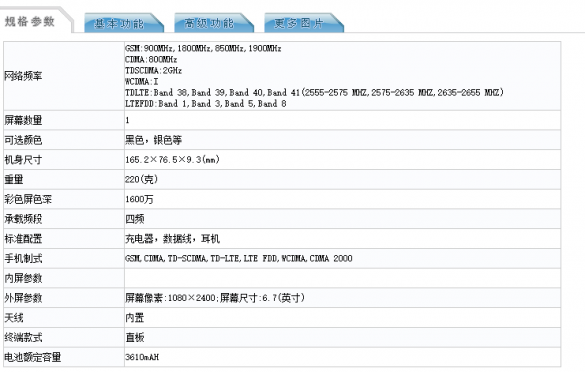 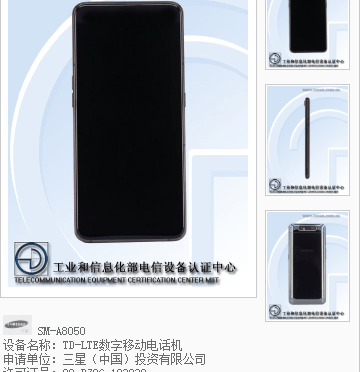 In the Terms of Camera, It Having a Triple Rear Camera Module Housing a 48MP Primary F/2.0 + 8MP F/2.2 Ultra-Wide Angle Lens + ToF 3D Camera F.1.2. While the Front offering a Rotating Means Rear Camera Will be Used for the Selfies.

Furthermore, it offers a Wired USB Type-C Port for Data Sharing and Charging. There is an NFC, Bluetooth 5.0 and 3.5mm Audio jack. It also Having an Ambient Light Sensor, Approach Sensor, Dynamic Gravity Sensor and Compass Sensor.

Additionally, Some Rumors Suggest the Device also having a 256GB of Storage. The Internal model Number of the Device is SM-A8050. There is No Further Report about the Device When the Company Will launched the New Variant.