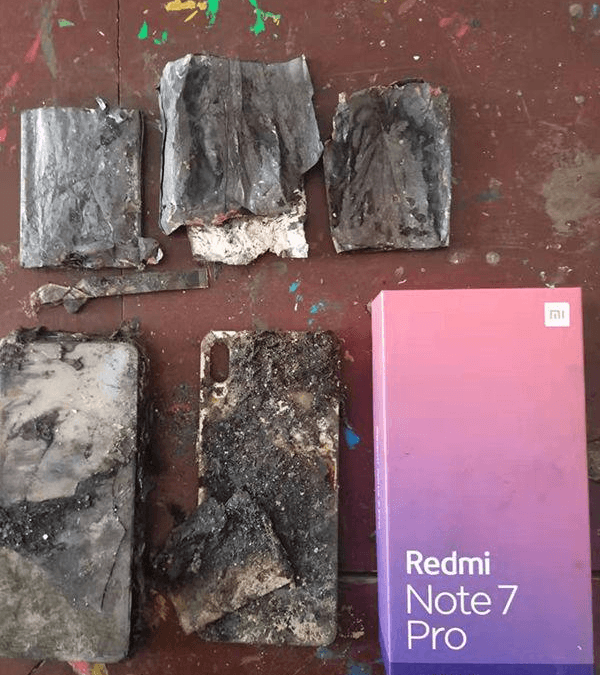 We have been Reported a Xiaomi Device Goes up in Flames, Today a Similar Incidence Happen With a Redmi Note 7 Pro. The Device is been Reported in China, Sony Yujie, From Zhoukou, Henan province Filed a Case on November 27. He purchased the Device 3 Months Ago, Redmi Note 7 Purchased on July 24 from Xiaomi Mall in China and Case Reported on October 29th.

He Purchased the Device for his Father, According to Report. His Father Quilt the Device and Playing a Video on Device. He Felt Asleep and Awoken by a Buring Smell of Something. When he Notices the Device Was in Flame. Thankfully, There Were No Further Damage Reported Expect for a Charred Device Burnes to the Quilt and Some minor Burns to the Song’s Father.

Furthermore, The Device is on Flame His Father Trying to Put out the Flames Picture is been Provided by Song Yujie of their Redmi Note 7. The Device is been completely burned and been Broken Down into Several Black parts after Buring. 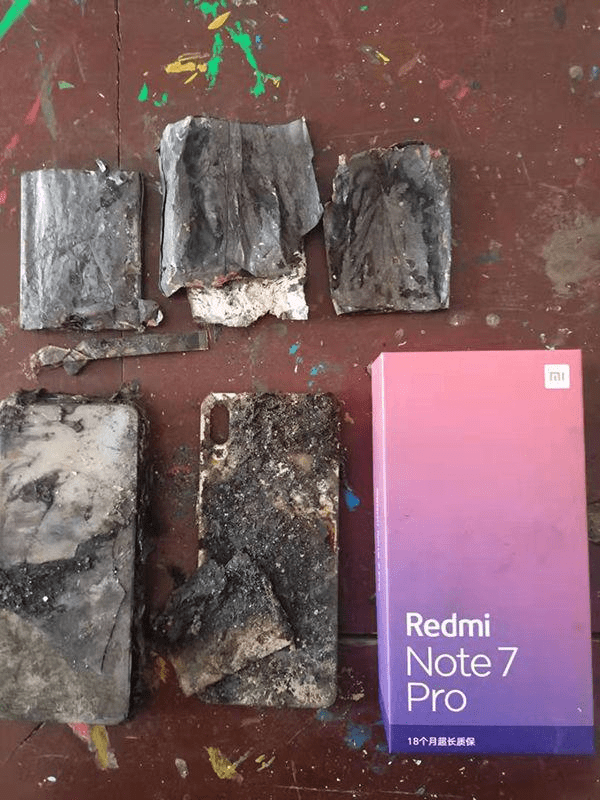 Not to Mention, He Went to Service Centre Where he Explains to there Xiaomi after-Sale Service Officer to Reporters on November 28th. The device is not been Identified as “Non-Mobile Phone Quality Problem”. The Device is been on Flame Due to External Factors and Don’t Relate to Quality of the Device. As the Device is Under 18-Months Warranty and Not been covered under warranty for External Damage.

There is also a Similar case Been Reported by Chavhan Ishwar from India With Redmi Note 7s Device. Where the Xiaomi India’s Response the Same. We all understand the External Damage is not been Covered under Warranty period. Is Xiaomi Compromising With Some Kind of Quality to keep the Price Down? is Xioaomi Customer after Sale Support?

Thanks for Being With us, Share your Valuable opinion and Feedback in the Comment Section Down Below. Stay tuned for more further updates in future on Same.