Redmi Go is a Basic Smartphone: Open Doors for More People in India 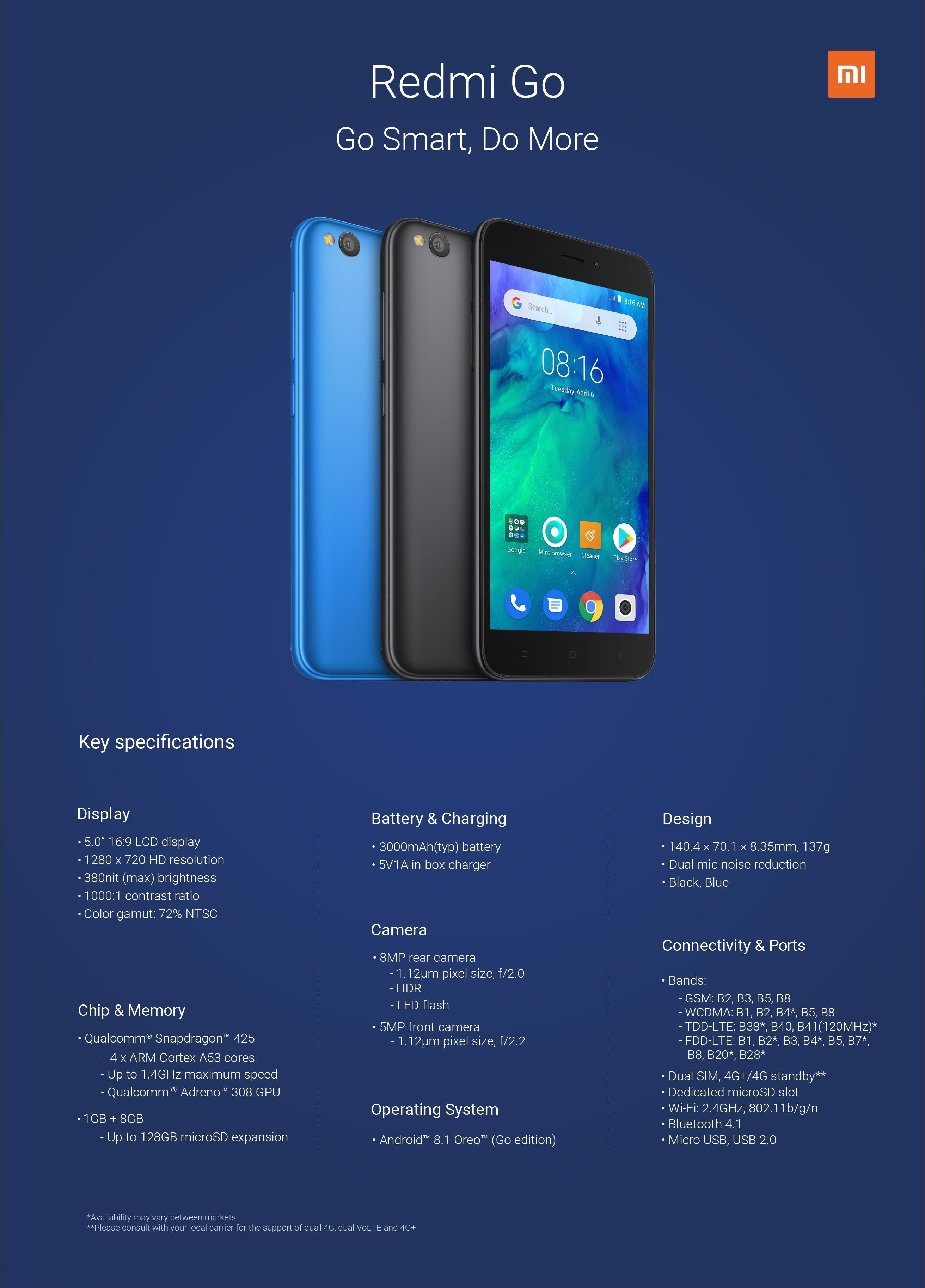 Redmi Go Comes With a Dual-Mic Noise Cancellation. It initially Comes With Blue and Black Color variants and The Dimension of Smartphone is 14.0×70.1×8.35 With a 137g of Weight.

The Device is Powered by Qualcomm Snapdragon 425 Soc Coupled WIth 1GB of Ram and 8GB of Onboard Storage. Storage Can be Further Expand via MicroSD car Up to 128GB of Storage.

Chipset Clocked at 1.4GHz and it has 4 X ARM cortex A43 architect. To Boost the Performance, it has Adreno 308 GPU for Graphics Task.

In the Terms of Camera Performance, It has 8MP Rear Camera Sensor of a 1.12 Micro-Pixel along HDR and LED Flash. while Rear Camera Has an Aperture of f/1.2 along Rear LED flash.

As it is an Android Go Edition Smartphone, it has a Decent 3000mA battery. Which Uses Micro USB 2.0 5V/1A Charger.

The Redmi Go will run Android 8.1 Oreo (Go Edition) Out of the Box. 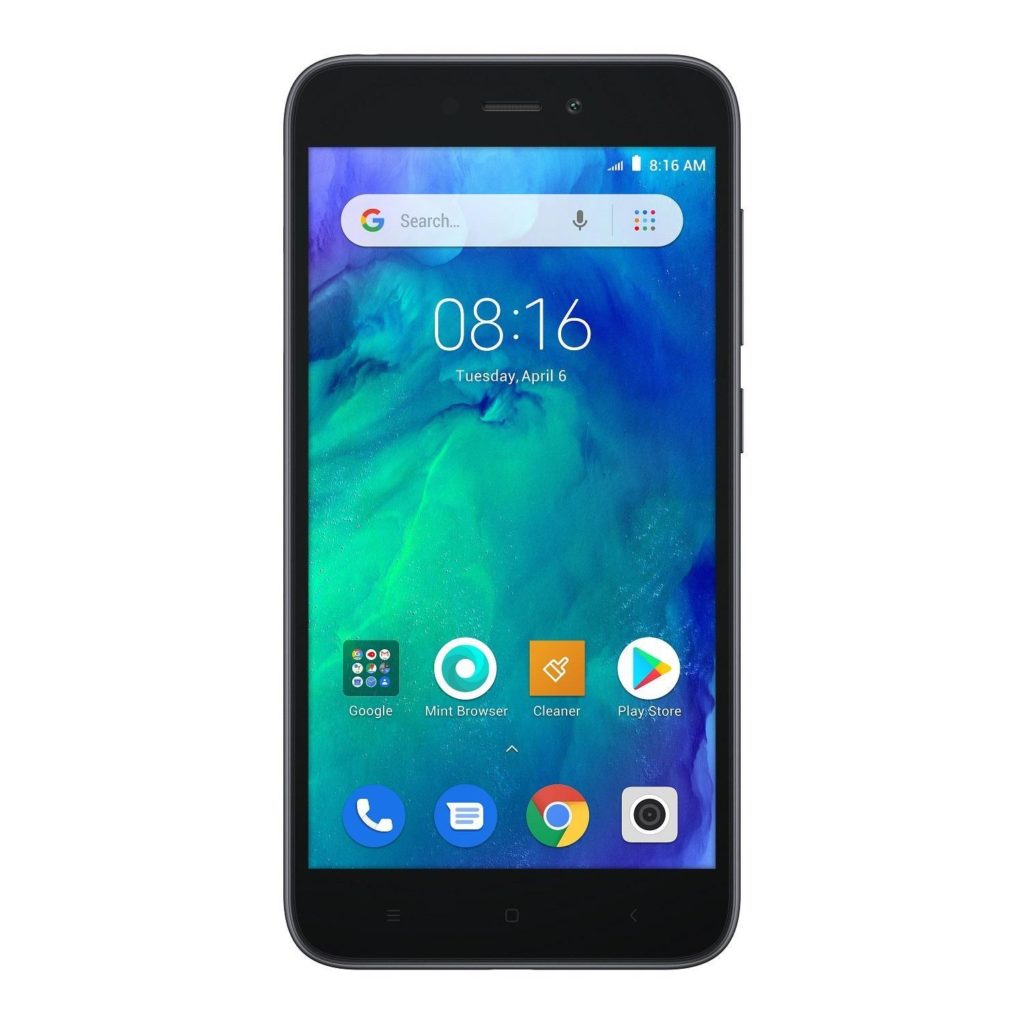 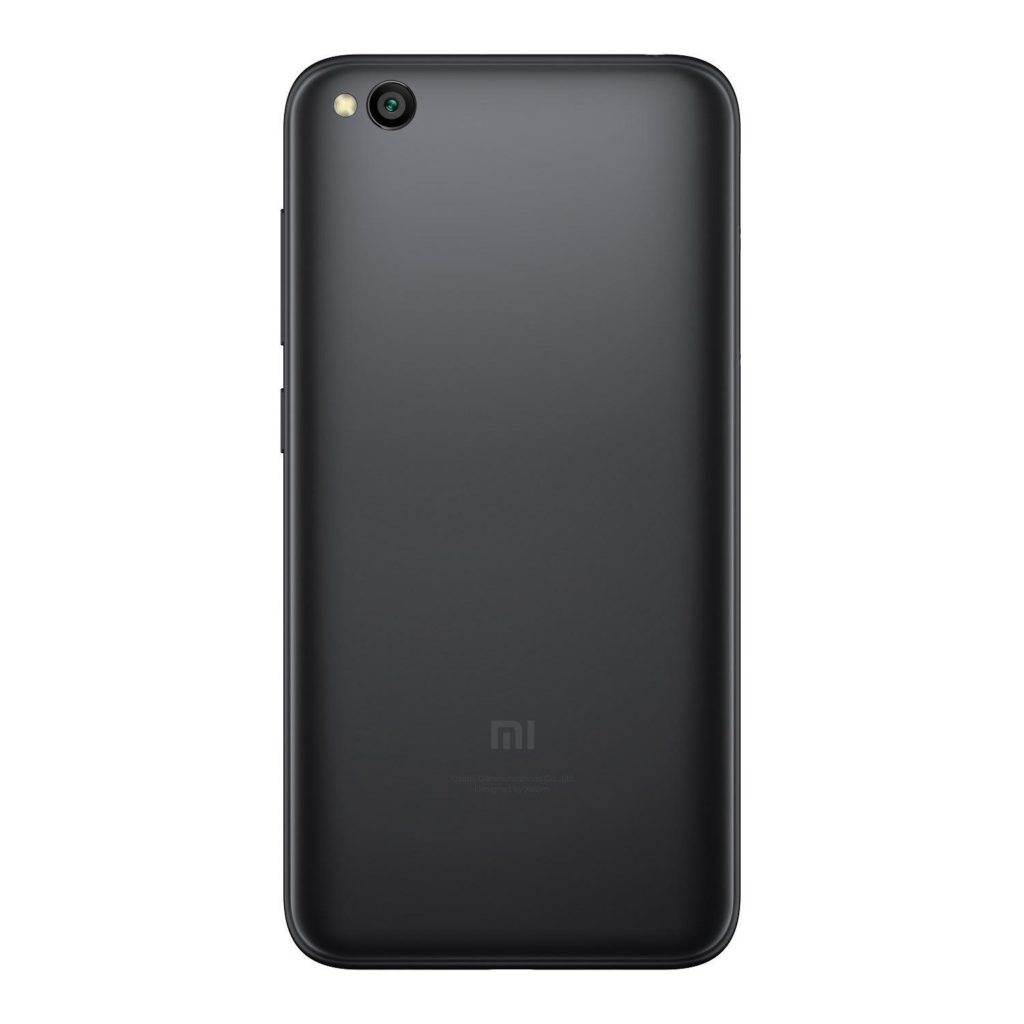 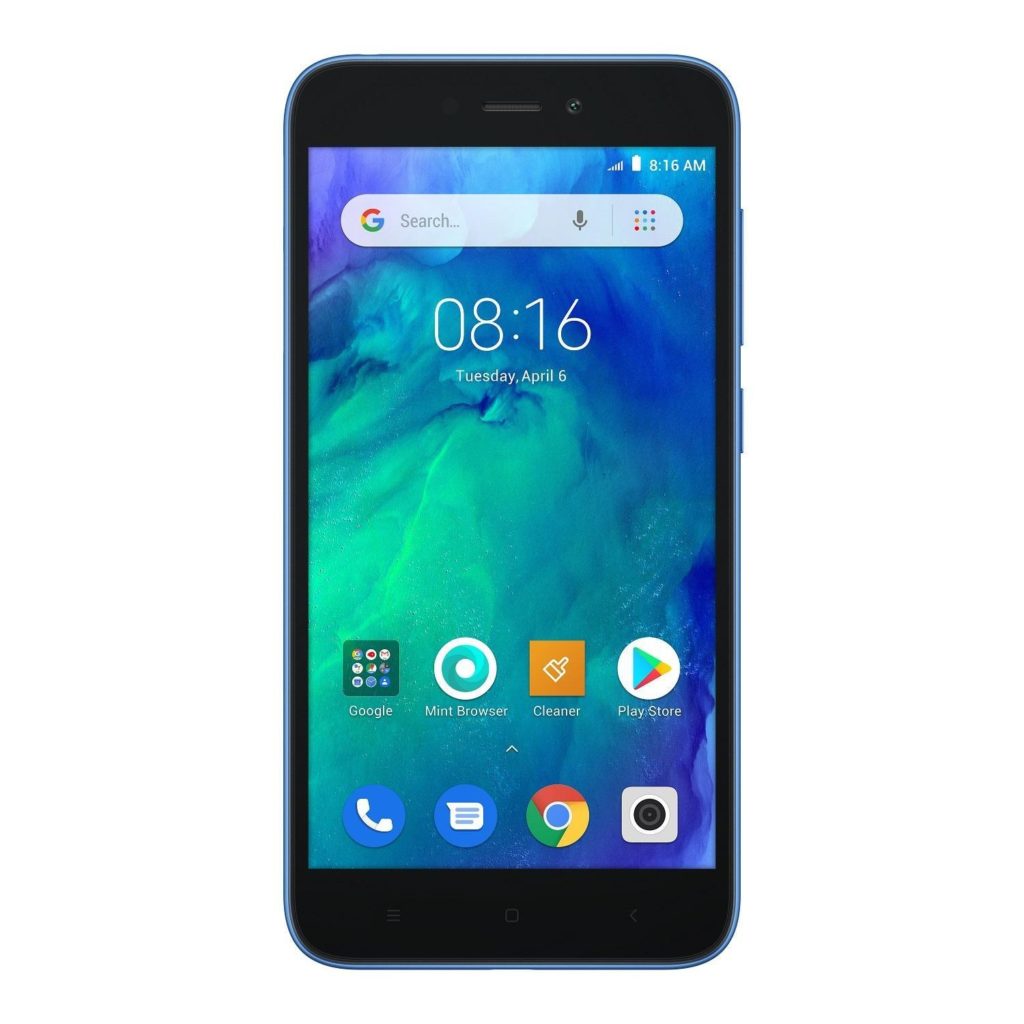 There are no official Words from Redmi But We expect it Could By Priced as INR 4,999 or less. The Device Will First Available in the Philippines and Make There way toward India.

Thanks for Being With us, Write your thoughts in the Comment Section Down Below. Stay tuned for More Further Updates on Same.