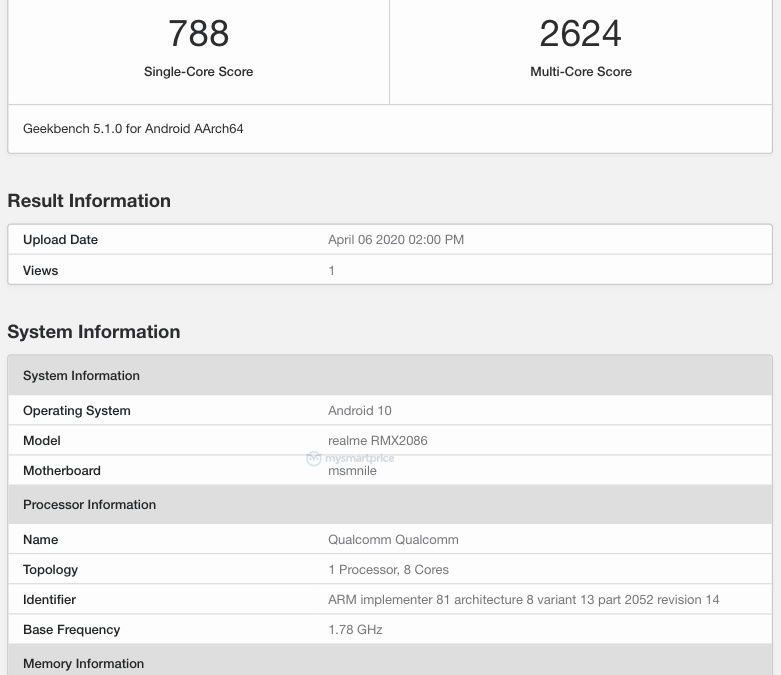 The device achieved a score of 788 points in Single-core and 2624 points in Multi-core CPU test. Not to mention, they are a Quite powerful CPU to achieve the high-end score during the performance test.

In terms of camera performance, the device is to be housing a 108 Megapixel count primary camera sensor. As the name suggests, the Zoom edition notably deliver Powerful zooming capabilities featuring a Periscope camera.

We believe the zoom set to be directly competing with the Redmi K30 Pro zoom edition. They have always been trying to give a head to head competition, so far is likely to be Realme X3 SuperZoom.

Sensors on the device include an accelerometer, a gyro sensor, a geomagnetic sensor, a hall sensor, proximity sensor, and an RGB light sensor. Connectivity options on the smartphone include 4G VoLTE, Wi-Fi 802.11 a/b/g/n/ac, and Bluetooth 5.0. For security purposes, this Device comes with a fingerprint scanner.

As for connectivity, there is a GSM, WCDMA, and LTE networks Support but not 5G connectivity support. Moreover, it runs on Android 10 based custom skin RealmeUI utilises the ColorOS 7 out of the box.

Read Also: Realme 6i Launched in Myanmar with 5,000mAh battery and More

Thanks for being with us, we would like to know your valuable opinion and feedback. If there is any query share with us in the comment section down below