Realme has launched its latest smartphone, the Narzo 20 and 10A, after many times due to a situation of lockdown. However, the device seems to be quite promising, and this device quite identical to the previously launched realme smartphones with some minor changes, so let’s take a closer look at the device and know about it. 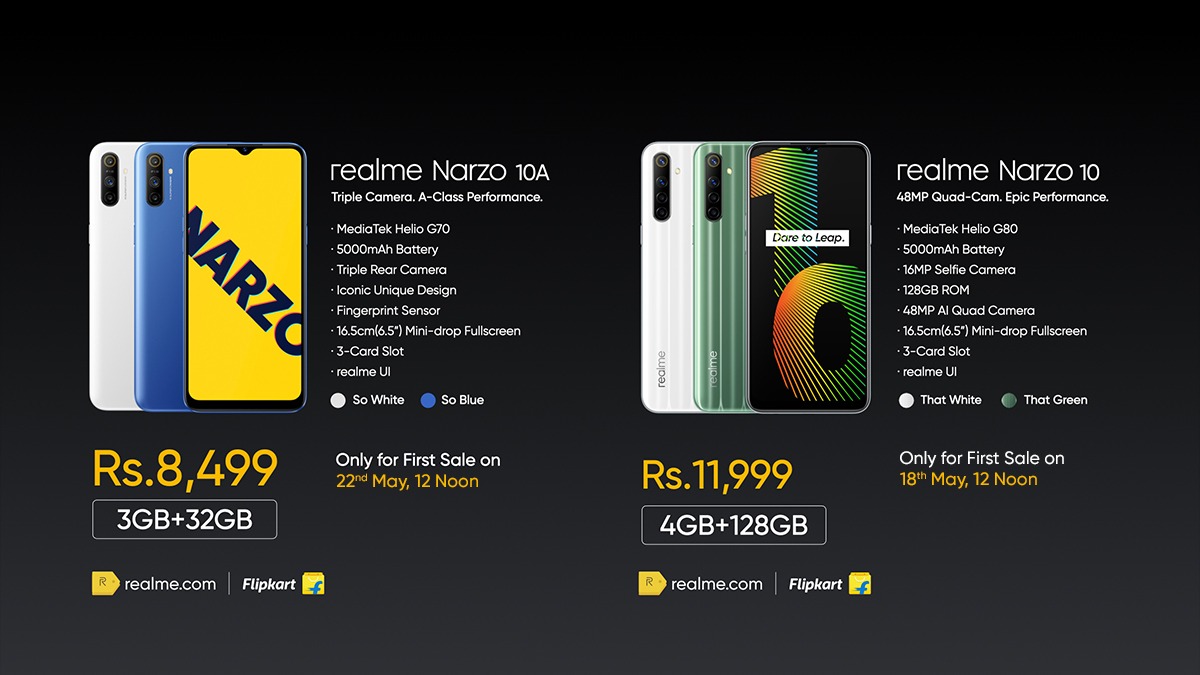 Starting with the device is the angry branded smartphone of their own realme 6i that has been launched in Europe. It comes with iron 6.55 inches of IPS LCD display that support 1600 X 720-pixel resolution of the display panel. However, another display has been well protected by burning Gorilla Glass protection along a waterdrop notch on the top of the display.

the hood, the device has been powered by MediaTek helio p80 mobile processor based on octa-core CPU and coupled with a Mali G52 GPU for graphics.however, that start of the device has been paid within 4GB of LPDDR4X Ram and 128 GB of eEMC onboard storage. Moreover, the device also includes, and we are mounted fingerprint scanner for and biometric privacy and security alongside facial recognition utilizing software-based Face unlock.

The dimension of the device measured as 164.4 x 75.4 x 9 mm and weight 199 grams. Additional you to deliver and power to the device with 5000 MH battery using and 18-watt wires fast charging solution bundled in the box. Furthermore, the device has been running on Android 10 base custom skin realme UI out-of-the-box. 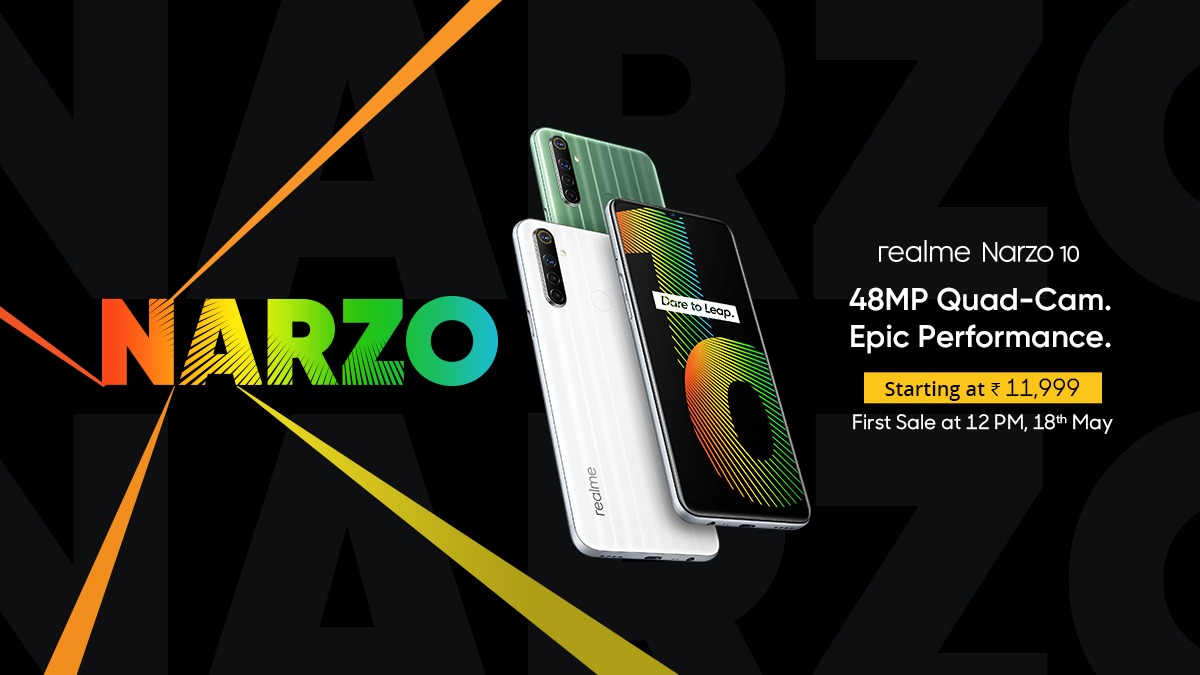 Not to mention the device bringing all basic connectivity features such as USB type-c and Bluetooth 5.0.the device will initially come into different colour variants as that white and that green colour option. The price of the device is starting with and rupees 11999, and we’ll go for the first sale on May 22nd on realme.com and Flipkart.

On the other hand, they have introduced the light version of the realme NARZO 10. Where this device is a rebranded version of the realme C3 Global edition—starting with the device having and 6.55 inches of IPD LCD display having the same pixel resolution but drinking and Gorilla Glass 3 protection.

Under the hood, the device is powered by MediaTek helio G70 mobile processor. This chipset coupled with and Mali G52 GPU for graphic performance. The system on chip has been paid with 3GB of LPDDR4X Ram and 32GB of eEMC storage onboard. In contrast, the device housing and triple rear camera module and vertically placed on the upper left corner of the device. They are the device having and 12 megapixels f/1.8 primary + 2-megapixel f/2.4 macro + 2-megapixel f/2.4 sensor while the front has a 5-megapixel selfie shooter.

Therefore the device having and both a rear-mounted fingerprint scanner. Also, there has a face on the law of missing with and Square biometric algorithms. The device also includes and 5000 MH battery using and 10W standard charging solution bundled in the box. It runs on Android 10 based custom skin realme UI out-of-the-box. 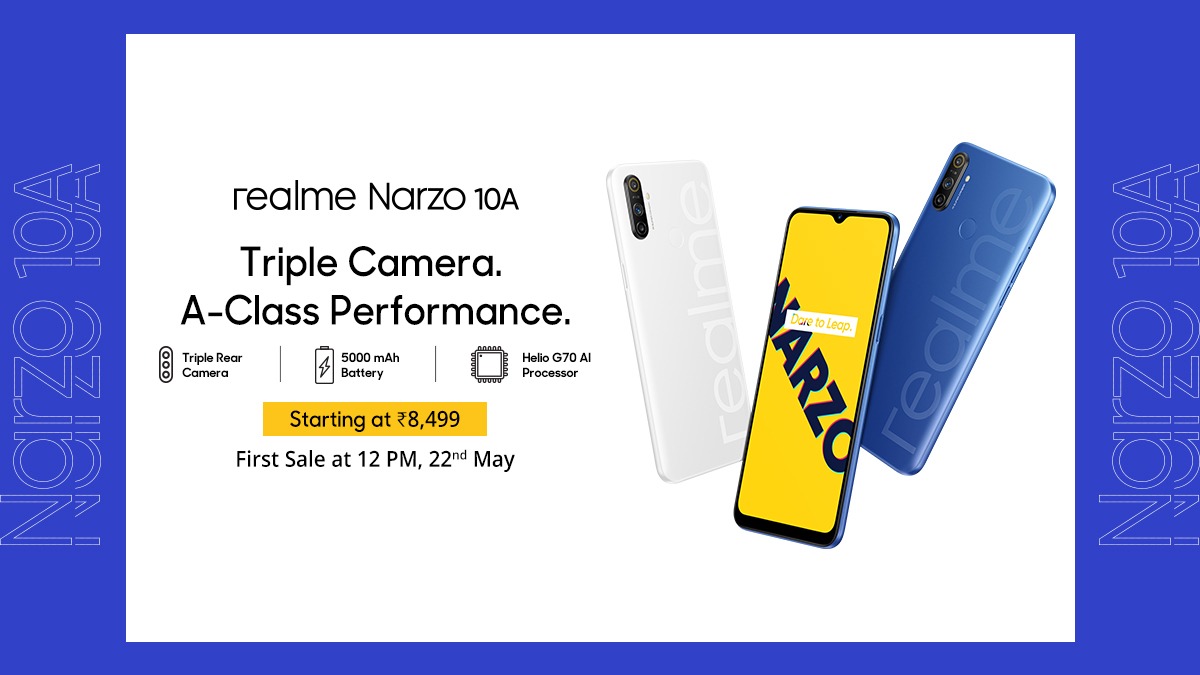 Likewise, the dimension of the device measured as 164.4 x 75.0 x 8.95 and weight 195 grams. This device initially comes in two different colours, BD and as so white, and so blue colour options. The price for this device is going to be marked as 8499 rupees. It will available for the first sale on May 22nd and for the formal for sale on May 18th. Hence the device will be available on realme is a store and Flipkart e-store, respectively.

Thanks for being with us we would like to know your valuable opinion and feedback. If there is any query share with us in the comment section down below. Stay tuned for more father updates and future on the same.

How to fix epic game launcher and Store crushers and errors