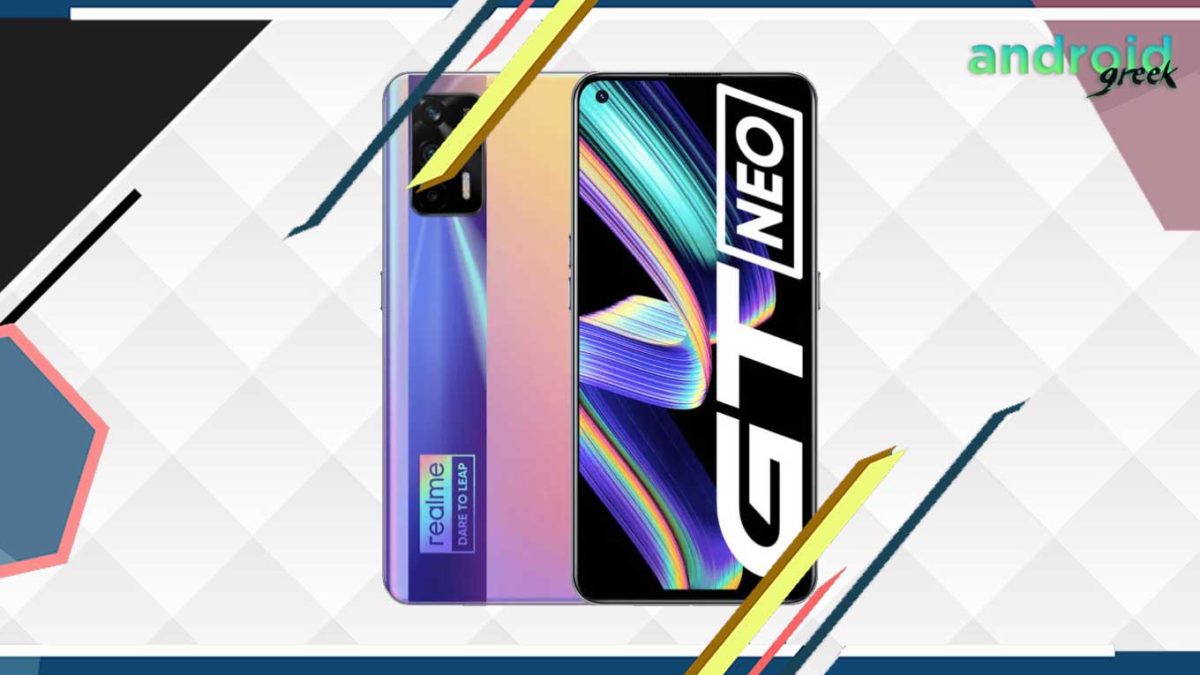 Realme upcoming smartphone, the Realme GT Neo, announced to launch on May 24th in China, where the device seems to be a 65W fast charging solution bundled in the box.

The device is to have a punch-hole camera cutout placed on the upper-left corner of the device. It was having a Prominent bezel surrounding the display. In contrast, it will have an optical in-display fingerprint scanner for biometric authentication and a triple rear camera module. It comes with a 6.43-inch of a display panel having a Full HD+ 1080×2400 pixel resolution using an AMOLED panel offering a 120Hz of screen refresh rate.

will be a MediaTek Dimensity 1200 SoC paired with 12GB of RAM and 256GB of onboard storage. It runs on Android 11 based custom skin Realme UI 2.0 out of the box. Although, it equipped with a 4500mAh battery using a 65W faster-charging support bundled in the box. As for connectivity, it does support an USB Type-C, NFC, GPS, Wi-Fi 6 and Bluetooth 5.1.

The price of the device most likely to be CNY 1,799 (~Rs. 20,500). Meanwhile, we don’t know further details about the device so far; hence we have to wait until the device’s launch.