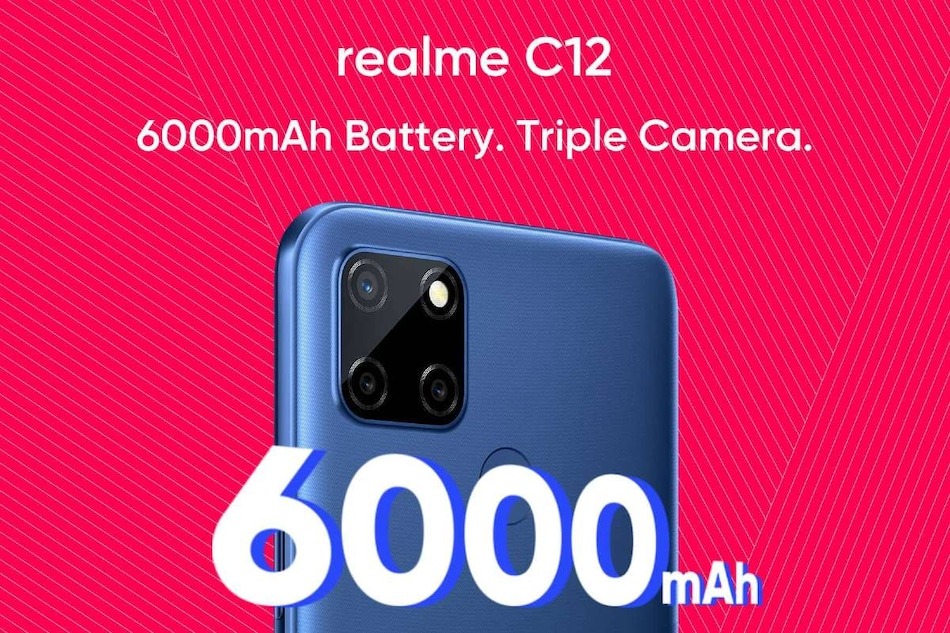 Realme C12 upcoming budget affordable smartphone, the Realme C12, has been scheduled to launch in India on August 8th. The device seems to be quite promising, so let’s take a closer look at the device and know more about it.

The device will come with a 6.5-Inch of Mini-Waterdrop notch on the top of the device. Under the hood, the device is going to be powered by MediaTek Helio G35 Mobile platform based on an octa-core CPU. The chipset to be paired with a 3GB of Ram and 32GB of onboard storage.

In terms of camera performance, the device is going to become with a triple rear camera module accomplished with an LED Flash. At the same time, it housing a 13MP primary + Super ultra-wide-angle lens

+ Ultra-Macro + Portrait lense. Moreover, the device to be featuring a Slow-MOtion video recording alongside a Dedicated HDR Mode.

Furthermore, to power the device, sig going to equipped with a 6000mAh battery.

The starting price of the device was Rs 7,499 for the 2GB + 32GB of memory configuration. Not to mention, the device already launched in Indonesia for IDR 1,899,000 for the 3GB + 32GB. Realme scheduled there Realme C12 and Realme C15 to be launch on August 18th through Virtual event.

Vivo Y11 launched in Philippines for $113 with Snapdragon 439