Realme confirmed to launch the Realme 6i scheduled for March 17 with Quite a Competitive specification. Meanwhile, the device proved to be the first Helio G80 Soc based on Octa-core clocked at 2GHz soc.

Realme 6i also appear on GeekBench and FC confirmed the device internal model number is RMX2040. Whereas the chipset of the invention has paired with 4GB of Ram and the accessories likely to support 5G connectivity but can’t confirm take it as a pinch of salt. The benchmark of the device achieved 345 points in single-core and 1293 points in the multi-core test. 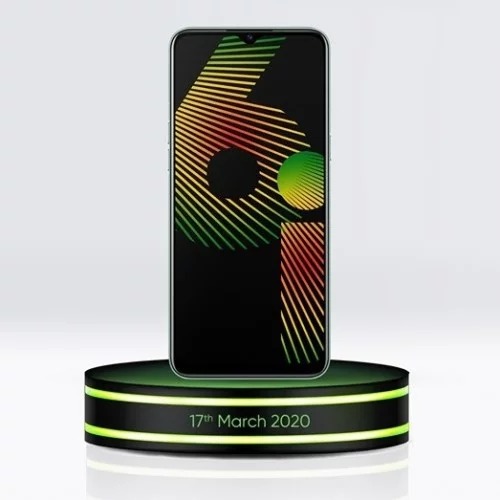 terms of camera performance, This device housing a 48MP first quad rear camera. However, the front of the device packed a 16MP Selfie shooter hidden inside the Waterdrop notch on top of the display panel.

According to the report, the device supposes to comes with a 6.2-inch display of 720×1600 pixel resolution. Furthermore, the machine runs on Android 10 based Realme UI, and the tools might support 256GB expandable storage.

Moreover, the device will be launch on Lice Stream on March 17 in Myanmar, and Realme 6i is an entry-level smartphone. We believe this device priced could be under Rs. 10,990 as the successor of Realme 5i.