smartphones using the Snapdragon 675 will ship in Q1 2019

Qualcomm announced its New Processor at Annual 4G/5G Summit in Hong Kong, The Snapdragon 675 is for Mid-Range With Some High-End Features. Qualcomm Soes its Snapdragon 710 earlier this year in China.
The Processor is Supporting a Triple Camera, AI Processing and Improved Gaming Performance. Which Will be Work Smoother With Software Optimization. 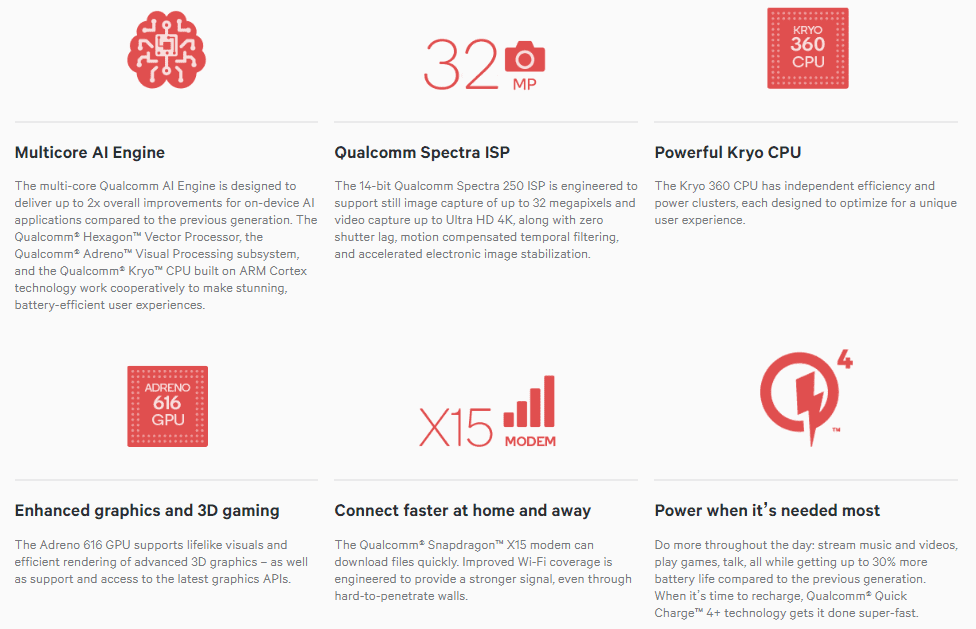 It was an Improved Octa-Core processor With a Six Efficiency Core. It was First to use a 4th-gen Kryo 460 CPU architecture Wich is Based on ARM Cortex A76 Core. Which Help to launch app Much Faster. The First Major Soc With A79 is Used in Huawei Kirin 980 Soc.

It includes their Hexagon 685 Digital Signal Processor With the Same DSP Qualcomm Already Used in Snapdragon 845, 710 and 670. Snapdragon 600 Has a More Fast Face Detection, It Comes With and Spectra 250L Smart Image Processing and High accuracy Keywords Detection for Voice assistants. 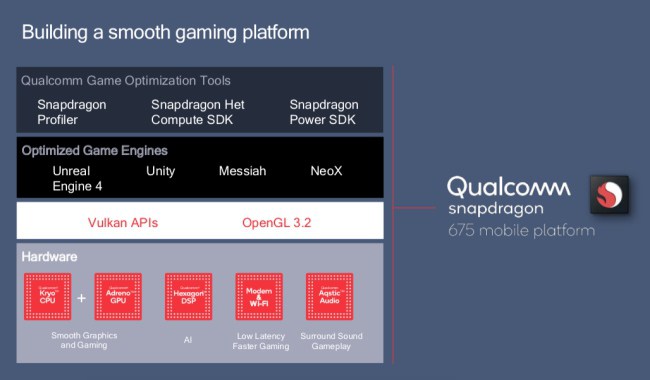 Snapdragon 675 Offers an More Advance Camera Features and High-Resolution Screenshot alongside With a Super Slow Motion Video. It Supports 4K Video recording at 30fps and 4K Video Plackback, Its Include the Snapdragon X12 LTE Modem to Offers a 600mbps download Speed up to 15mbps uploading Speed.  Also, It Supports a Dual SIM dual VoLTE, wI-fI 22 MIMO and Bluetooth 5.0.

This Chipset help to Improve the Device by 90% Due to1its has a Dedicated Gaming Engine Makers for a Long Duration Gaming Seasons. Surely, The Qualcomm Snapdragon 845 built on 10nm Process While the Snapdragon 675 built on 11nm. The Snapdragon 675 Allow OEM to Develop Net Generation feature With Incredible Performance into their Upcoming Smartphone.

Also, It includes a Qualcomm Charge 4+ Supported, The First Smartphone Which Will be Powered by the Snapdragon 675 Soc are Expected to Launched in the Q1 of 2019. Let us Known What did you think of this Device Stay Tuned For More Updates With Androidgreek.