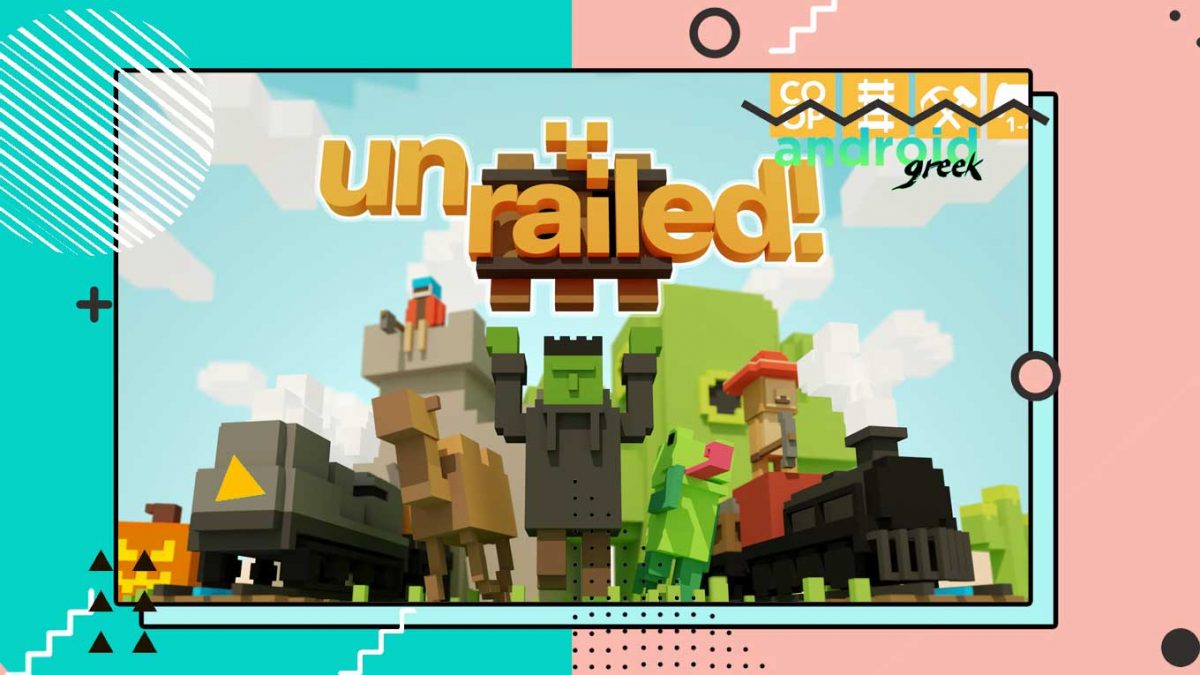 Contents Show
1 Epic Games Store all set to offer Unrailed Valid till 11th August
2 What are the Minimum System Requirements to Run Unrailed?
3 How to Claim Unrailed for Free on Epic Games Store?
4 Why do Epic Games do free games?
5 Recommended Post

Indoor Astronaut launched a co-op multiplayer game based on MonoGame in the Year 2019. Since its launch, the game has made a long hype in the industry. At that time, Unrailed was the only game offering a team-based environment for a reasonable amount. Here, the core concept is to make friends and build train tracks worldwide.

However, the pricing and platform availability were limited at the time of launch. Later, developers extend their reach to PS4, Windows, Linux, and more. If the platforms have extended, that also means pricing. Since its launch, Unrailed has had some prices, but Epic games stores graced the happiness by offering it for free.

We all know that Epic Games Store is a digital showcase store for Microsoft Windows and macOS. The Founder, Tim Sweeney, has struggled to uplift Epic Games from a Publishing company to a dedicated Games Store. You will get all the different categorized games for your PC in a single click.

Along with offering Games concerning their prices. Epic Games has started an initiative to offer free weekly games. Certainly, Sweeney has many plans for Epic games but to have a social connection. In 2021, he offered Price quoted games for each week as free. Likewise, the new week has arrived, which means one more new game for free. Specifically, Epic Games Store offered Lawn Mowing Simulator for free from 28th July to 4th August at @8:30 PM IST. They have already Scheduled “Unrailed” to be the next free game valid from 4th August @8:30 PM IST to 11th August 2022. If you remember, the Unrailed base version starts from ₹489. Nevertheless, Under that time gap, you can get it for ₹0. What are the Minimum System Requirements to Run Unrailed?

Unrailed is a popular co-op multiplayer game with high-end graphics and needs a team to build train tracks. For this reason, Your Pc needs a lot of hardware performance to run it wisely without any frame drop. However, Especially When Epic Games Store offers any free game. Players always forget to check its system requirement and face much lag on that game.

As a result, The Price worthy Games like Unrailed become a waste for such players. Moreover, further, they never try to play any free games. For such a concern, we request a look over the minimum requirements below.

How to Claim Unrailed for Free on Epic Games Store?

Every Thursday, Epic Games Store announces the price quoted game as free for a week. So that players who cannot afford it can play such price-worthy games and always connect to Epic Games. Similarly, This Thursday, Epic Game Scheduled a co-op multiplayer game, “Unrailed,” valid till 11th August.

Meanwhile, You can get it for free within these time frames. But as a beginner, we understand that many of you can’t do so. For such purpose, below, we have mentioned some instructions to Claim Unrailed for free.

Note: After Claiming Unrailed for free, you don’t need to Install it because the game will now add to your Epic Games Account Permanently.

Why do Epic Games do free games?

The Epic Games CEO “Tim Sweeney ” always tries different marketing and strategic techniques to grow. He always tries to engage more and more user base to their gaming store. Among those strategies, Epic Games Store’s free weekly game is the most successful idea to get new customers.

However, Everything is transparent with Epic games users. But some users want to know, “Why do epic games offer free weekly games’ ‘?. So, we have studied, and found Epic already paid the developers of these games a fee to give their games away for free. As a result, Epic gets new sign-ups and ease in extending its user base.

Besides these weekly free games, Epic always offers some dedicated free-to-play games that you can grab anytime. It includes Fortnite, Rocket League, and many other games. The Epic Games store is a great place to grab all PC-based games. And, No doubt, their weekly free games are Uplifting their Standard, as we can see with Unrailed.