A fingerprint reader that’s hidden behind the smartphone’s glass

To achieve a Complete bezel-less Smartphone We require a lot of innovation. For this manufacture using hidden Camera that Pops Up or by Sliding Mechanism.

But we have the In-Display Fingerprint Sensor today, Many of the people are Saying Screen Fingerprint reader But Technically the Sensor is placed under the Screen. So, The Fingerprint Scanner into a Smartphone needs a lot of Space, Where it had to be bonded onto the Screen.

Where at the Top there is a Glass then AMOLED Display Panel and then Fingerprint Reader. Actually, Screen reader Technology doesn’t develop yet, Where the reader is on the Display Panel. Which allows entire area to read your fingerprint.

Mostly, Smartphone Used Optical Scanner Through a Green Light to your Finger and then Reflected a light that reaches the Fingerprint Sensor to generate an Image. It is supported for OLED Screen, Aluminium and Specific Kind of Materials. A manufacturer uses a Bottom area of the Device Where the Sensor is placed. 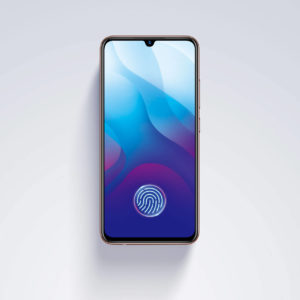 It is supported for OLED Screen, Aluminium and Specific Kind of Materials. Huawei Porsche Design mate RS is the First commercially Smartphone on the Market Which Featured a Goodix’s in-Display Fingerprint Sensor. Which is the fastest Fingerprint Which unlocks in Just 0.,002% Second.

Read More: THE SMARTPHONE CAMERA IMPROVED BUT DOESN’T CAPABLE OF SO MUCH?

There was not any effect While Using Screen Protector. It is a Good Idea to Use Fingerprint Scanner on the Front of the device with the time Passing it Definitely Improved and a Quality of Life Improvement. Which also Work With a Wet and Dry Hands or Cold Hands smoothly.

If we look toward a Security then We should remember that the optical sensor wouldn’t sense a Pulse, While capacitive sensor Can do. Which can be Unlock with the use of Duped With Fake Scans.