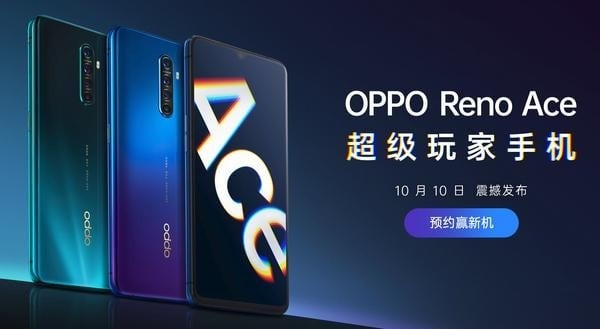 Oppo Vice President Revealed a New Smartphone from an Upcoming Series Oppo Reno Ace Here on Weibo that Oppo Will Unveiled a Special Custom Version of Oppo Reno GUNDAM Edition. He Internal Model Number of the Device is Unicorns or RX-78-2, Which Will be launched in China on October 10.

Talking about the Special Edition the GUNDAM is a Japanese Science Fiction Media Franchise Created by Yoshiyuki Tomai Sunrise. Which Feature a Giant Robots in its Movie, Where Oppo Partnership With GUNDAM to Promote it in China.

The Design of the Device is Quite Similar to First Oppo Reno. We have Some Key Features of the Upcoming Oppo Reno Aces, We Believe GUNDAM Special Edition Will not be Available Globally for Sure. As its only a Japanese Science Fiction Movie Not a Globally Recognizable.

The Device Design Was a First Oppo Device to Used a Punch-Hole Only for its Special Edition Not on Standard Oppo Reno Ace. Where the Hyperbolic Screen, power key and Volume Rocker placed on the Side of the Device. Meanwhile, Rear the Camera module Arranged in vertical.

It Will Comes with a 6.5-Inch Full HD++ AMOLED Display With a Waterdrop Notch Design. Where the Device Waterdrop Notch used to Pack a 16MP Selfie Shooter. Where the Display Will is a Refresh Rate of 90Hz, It also includes a Flash In-Display Fingerprint Sensor. Also, Display Support 2400x1080pixel Resolution.

In the Camera Performance, The Devie Will Having a Quad Camera Setup Housing a 48MP F/1.7 Primary + 13MP F/2.4 Telephoto + 8MP Ultra-Wide + 2MP Depth Sensor. Additionally, It Features a 20X Digital Zoom Confirmed from a Promotional poster. Some Rumours also Suggest the Device Will use a 64MP Primary Sensor Instead of 48MP Sony IMX586. 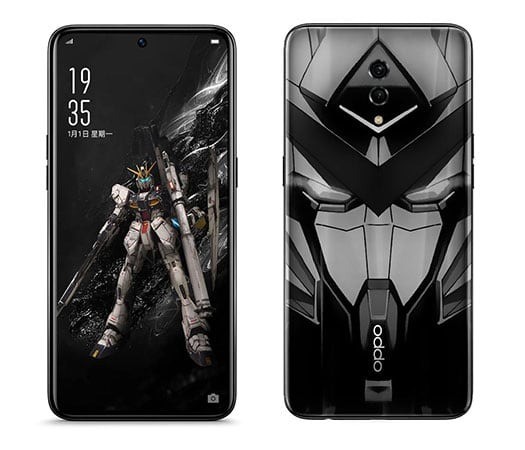 The Main Highlight of the Device is its Charging Speed, To Power the Device it Equipped With a 4000mAh battery Using a 65W Super VOOC 2.0 Capable of Charge the Device in Just 10 Second from 15% to 16%. However, it offers a 75% Charging in Just 25 Minutes. Which is Quite Impressive and Faster than previously Used Fast Charging.

There Will be Three Initial Color as the Green, Purple, and Blue Variant. The Internal Model Number of the Oppo Reno Ace is “PCLM10”