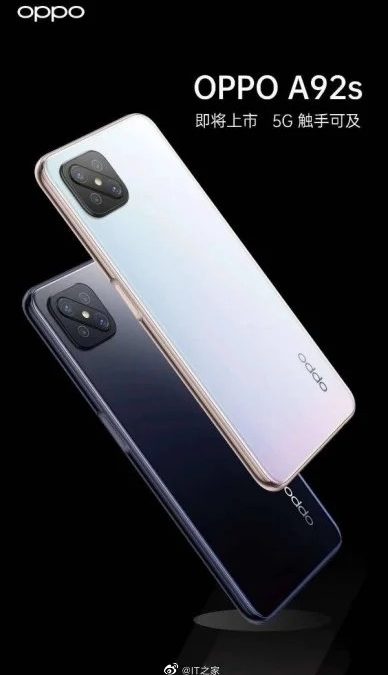 Oppo upcoming budget affordable smartphone, the Oppo A92s. The device has been quite leaked that we know almost a lot of things ahead of the official launch. Let’s take a quick look at the device, including its specifications, price, and release date.

The Key Specifications of the Device were that it would come with a 6.57-inch Dual Punch-hole Camera cutout featuring an LCD panel. Where the Display supports a 120Hz refresh rate, the internal model number of the device is PDKM00 for this device.

Under the hood, the device will be powered by a MediaTek Dimensity 800 integrated 5G modem to give a 5G connectivity. Having said that, the chipset of the device paired with LPDDR4X Ram and UFS 2.1 of onboard storage. 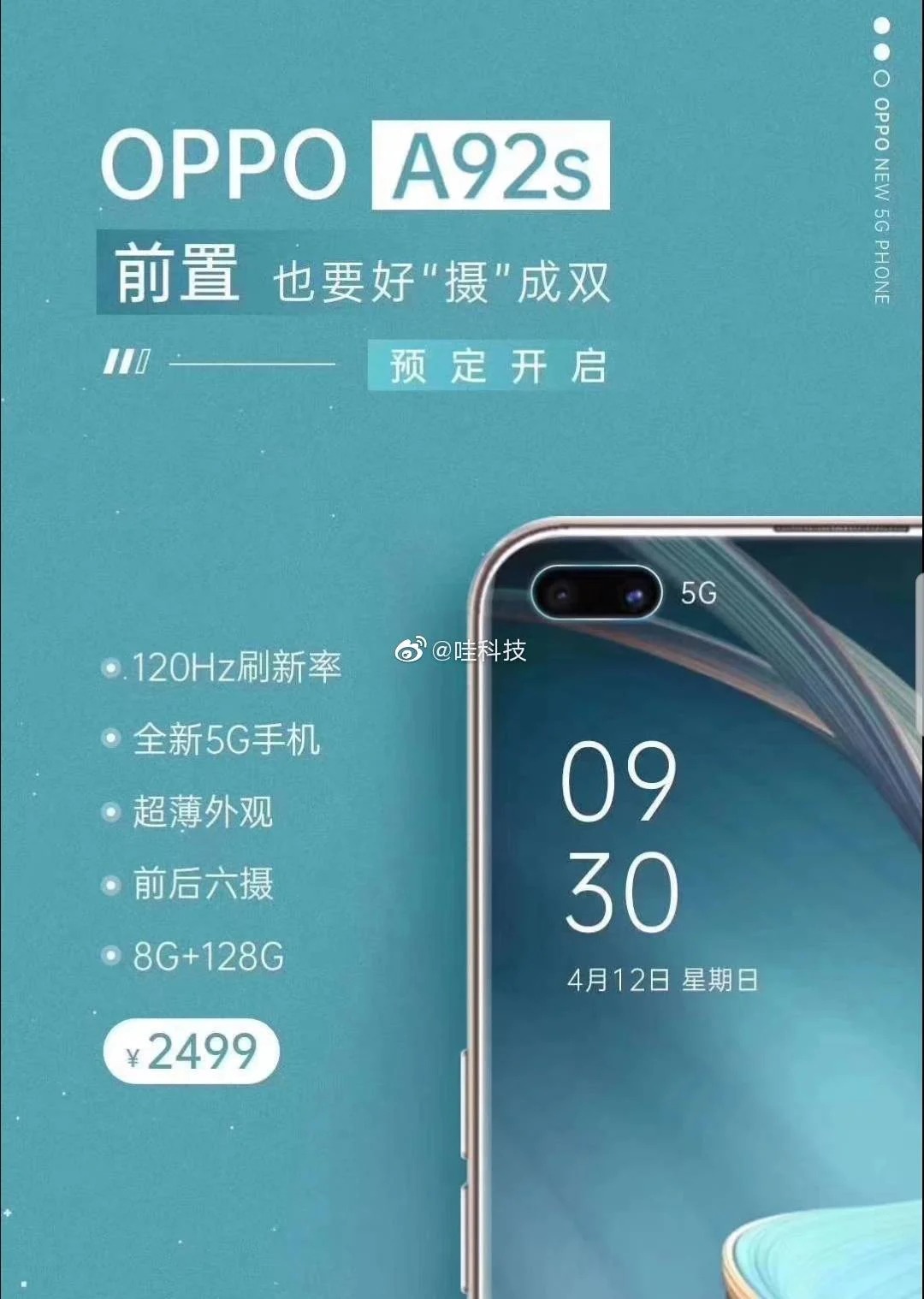 This official render of the device has been published by Digital chat station. A very well know popular web blogger. The device clearly shows a punch-hole camera cutout on the upper left corner of the Display. Whereas the rear panel of the device adopts a square camera module placed on the top-left of the devices.

Oppo officially announced the release date of the device, Oppo A92s scheduled to release on 12th April. According to some reports, the price of the device starting with Rs. 27,000 for 8GB + 128GB of configuration Variant. On the other hand, the device initially comes with three different colors like White, Black, and Pink color options.

Thanks for being with us, we would like to know your valuable opinion and feedback if there is any query share with us in the comment section down below. Stay tuned for more further updates in the future on the same.