Recently, Oppo Launched its Reno Series First in India but there is a Slot Left for Oppo Reno A. The Upcoming Oppo A9 2020 has been leaks a spec-Sheet today alongside the Render. The Oppo Reno A9 2020 Will be Great Device continues to Enter in Entry-Level Mid-Range Smartphone. We Could Expect the Device to be launched in China and Indonesia First. 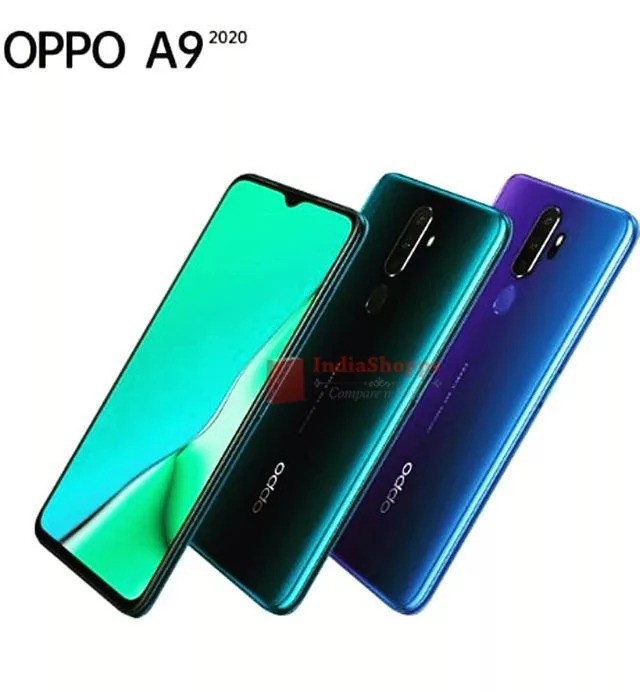 The New High-End Specs Will be the Major Improvement to its Predecessor having a Dual Camera. On the other hand, The Reno Series had 48MP Sony IMX586. Maybe this will do not include a Sony IMX586 instead they Use a Samsung ISOCELL GM1 Bright. Unlike they use On Oppo Reno A9, This Time they use a Qualcomm’s
Snapdragon processor.

Under the Hood, The Device will be Powered by the Qualcomm Snapdragon 665 Soc Coupled With 8GB of Ram and 128GB of Onboard Storage. The Display is a 6.5-inch With a Waterdrop notch Design Packed Inside a Front Camera Sensor. To Power the Devie i9t has a Massive 5000mAh battery Expect to Support VOOC 3.0 via Micro USB Type-C.

On the Software Front, It Run on Android 9.0 Pie-based Custom Skin ColorOS 6.1 out of the Box. Meanwhile, The Dimension of the Device Could be 63.1mm x 75.6mm x 9.1mm and Weight 195g. Additionally, The Device Will be Initially available in two-colour varient as Marine Green and Space Purple. According to Some Report, the Device Could be Starting price ~₹18,000 and to be launched in September. 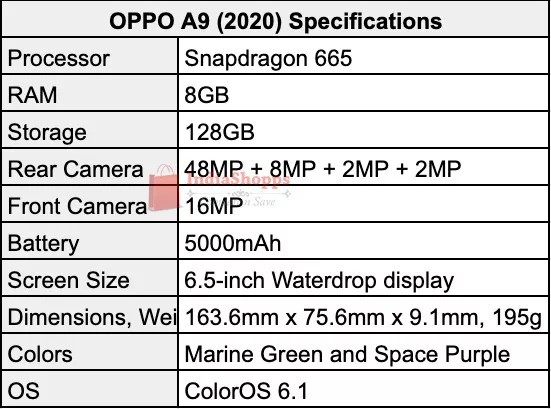 Thanks for Being With us, Share your valuable opinion and feedback in the comment section Down below. stay tuned for more further updates in future on Same.