HMD Global announced a redesigned feature phone Which has a Physical Keypad, Which is an extensive line-up of feature Phone over Premium Device. Nokia introduced Nokia 106 in the Global Market. The device is the Successor of Nokia 106 Which launched in 2013. Recently Nokia launched its Nokia 3310 upgraded version.

Nokia Don’t Forget Its Popular Feature Smartphone, Also Nokia Releasing its Budget Segment to Premium Segment. It will Run over Nokia’s Series 30+ Software. It built out of Polycarbonate Which is More Ergonomic Design than its Predecessor.

The Nokia 106 has 1.8-inch QQVGA TFT with the Resolution of 160×120 pixel Display, the Screen is not a Touchscreen. it has a Physical button and measures 111.15×49.5×14.4 mm. It was less Scratchable compared to Previous Generation, Thanks to its Polycarbonate Body.

It was Powered by the Mediatek MT6261D Soc Coupled With 4MB of Ram and 4MB of onboard Storage. Which can Stor 2000 Contact alongside 500 messages.  We also Can’t Forget Classic Snake Xenzia, Tetris and Danger Dash for free to Play. 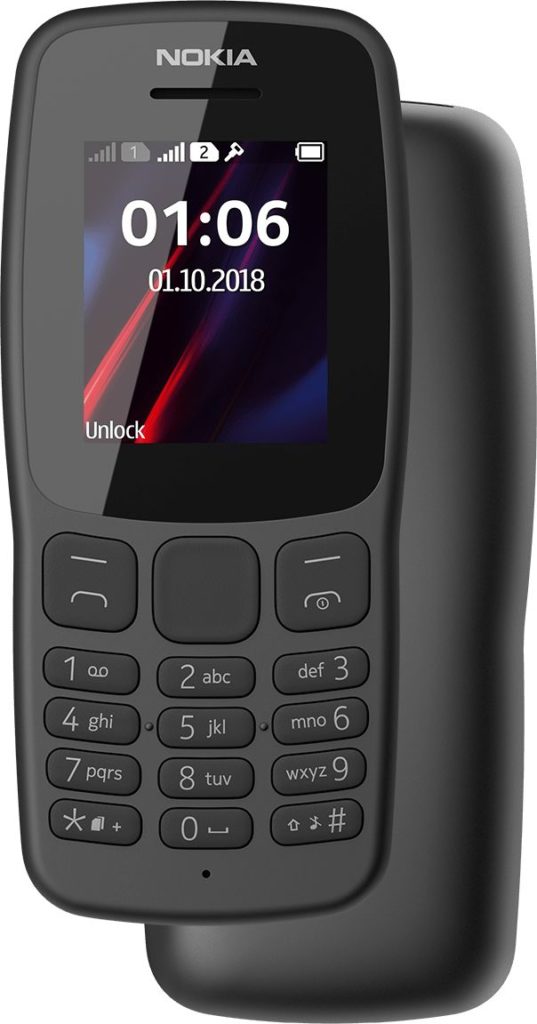 The Device is Just 70.2 grams and Having a removable 800mAh battery. Which can run over 21 days on standby time, 15.7 hours of talk-time? It uses a Micro USB port for Charging. Its battery Life is More Longer than Current Smartphone. Aside, 3.5mm audio jack, LED flash and Dual Sim Support.

Furthermore, It Will available in initially Two new Color variant Dark blue and Light Gray With the Price tag of ~$18 ( price varies by region.), but it’s not coming to the US

There Will be  Nokia 106, Nokia Micro USB charger and Quick guide Inside the Box.

Tell us to know What did you think about this Device in the Comment Section Below! Stay tuned for More Further Updates.