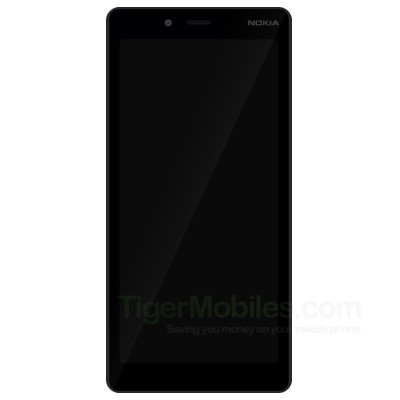 Performance Of Nokia 1 Plus

The Nokia 1 Plus is powered by a quad-core MediaTek MT6739WW SoC which is clocked at 1.5 GHz, this chipset is coupled with 1Gb RAM and maybe 8GB storage onboard which further increases up to 64GB via using microSD card. This device runs the latest Android v9.0 (Pie) out of the box. it has a PowerVR GE8100 Graphics card.

The Nokia 1 Plus single camera both front and back side sport thick bezel which captures a high-quality picture with and shoots videos. Some other feature on the camera Digital Zoom, Auto Flash, Faces detection, Touches to focus.

The Nokia 1 Plus has full Hd IPS LCD display resolution of 480×960 pixels. There aspect ratio of 18:9, and a screen density of 213ppi. The screen to body ratio is 82% and there has a massive Li-on non-removable battery with maybe with Quick charge support.

even more Sensors on the device include an accelerometer, gyro sensor, a geomagnetic sensor, hall sensor, proximity sensor and RGB light sensor. Connectivity options in the smartphone include 4G VoLTE, Wi-Fi 802.11 a/b/g/n/ac, and Bluetooth. It has a 3.5mm Headphone jack and speaker on the back side. 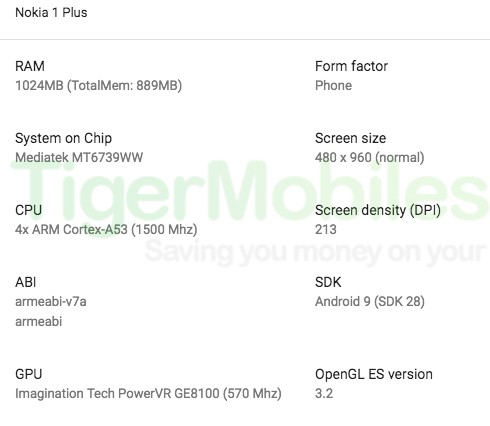 HMD Global has scheduled an event of Nokia 9 PureView on February 24 in Barcelona. This Device has snapdragon 845.