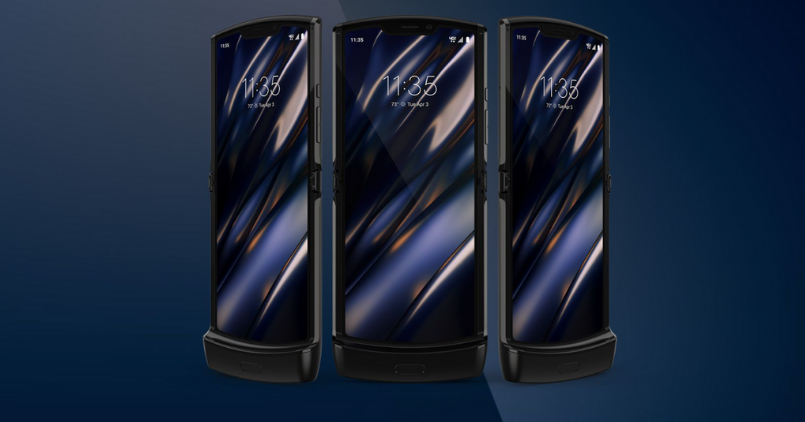 Moto Razr finally launched in India consider as Company first-ever foldable smartphone. Meanwhile, the device initially launched in November 2019. It was an Iconic clamshell flip device belong to the Razr v3 series from 2014.

The highlight specification of the device is it comes with a 6.2-inch vertical Foldable screen featuring an hing mechanism quite similar to the Samsung Galaxy Z Flip.

terms of camera performance, where it housing a 16MP f/1.7 aperture support EIS, Dual Pixel and laser auto-focus. Meanwhile, the front of the device packed a 5MP f/2.0 selfie shooter including flash.

Under the hood, the device is powered by Qualcomm Snapdragon 710 soc coupled with 6GB of Ram and 128GB of onboard storage. There is no expandable storage support further as for connectivity there is an eSIM, USB-C port, Bluetooth 5.0, NFC.

Additionally, to power, the device is equipped with a 2510mAh battery using 15W TurboPower fast-charger through USB Type-C. On the other hand, It also comes with a Splash-Proof nano-coating and the Denon Audio with Advanced DSP. 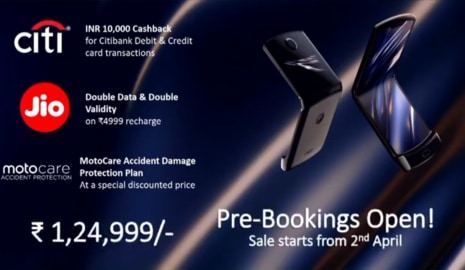 It has never been a cheap smartphone because of the limited technology for the foldable device, including Samsung Galaxy Fold and Huawei Mate X. Moto Razr will be available exclusively via Flipkart and across major retail stores in India from April 2 alongside pre-order from today. Moreover, it comes with current offers that you can use to get discounts. The device initially comes in a Noir Black Color.

Thanks for being with us, share your valuable opinion and feedback in the comment section down below. Stay tuned for more further updates in future on same.