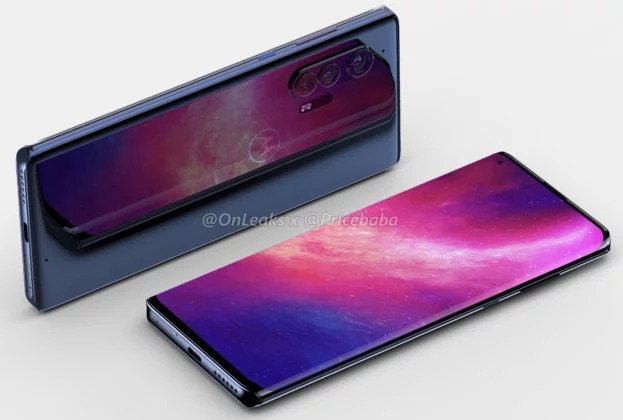 Motorola’s upcoming smartphone, the Motorola Edge plus render, has been leaked where it is a CAD-based give, Suggesting quite close to the real Device but not the final versions of Motorola Edge Plus. First thing first, the Device having a Single punch-hole selfie camera placed on the upper left corner of the Device.  However, the display of the device is slightly curved from the edges suggested being a Waterfall display.

According to the report, the Device might come with a 6.5-inches to 6.8-inches display panel. The dimension of the Device measured as a thickness of 9.5mm up to 12.5mm around the camera module.

In terms of camera, the Device having a Triple camera module placed on the top-left Side of the rear panel. Moreover, the Device is expected to be housing a 108MP Samsung Bright GW1 primary camera alongside Dual LED flash and a couple of sensors. 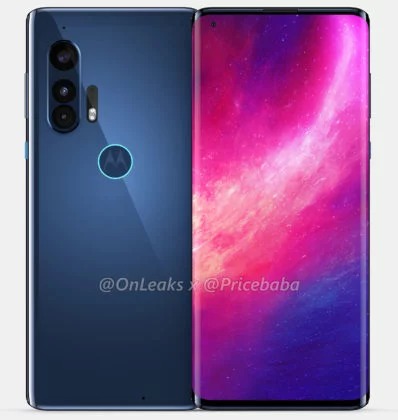 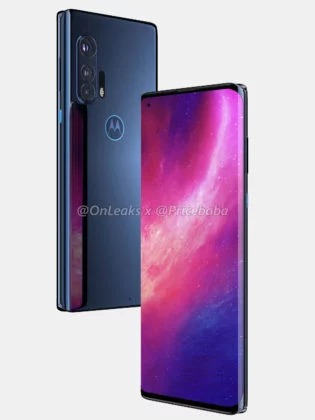 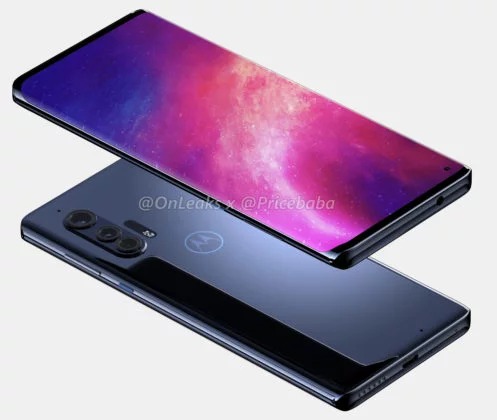 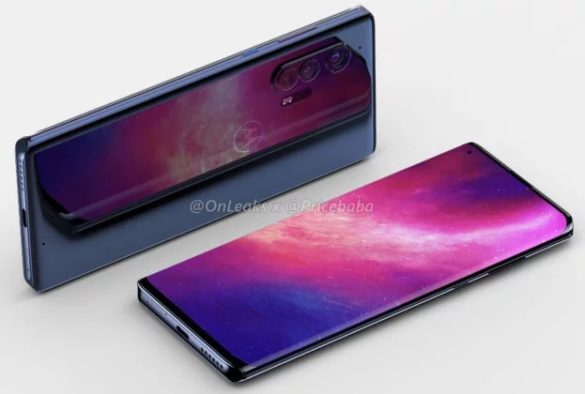 As for privacy and security, the Device includes a Flash optical in-display fingerprint scanner. Further, the Device is also offering a 3.5mm audio jack as well. Additionally, at the bottom, the MicroUSB Type-C poet and Speaker grills appear alongside a Sim Tray while the Power button and volume rocker accomplished on the Right Side of the Device.

Sensors on the device include an accelerometer, a gyro sensor, a geomagnetic sensor, a hall sensor, proximity sensor, and an RGB light sensor. So, Connectivity options in the smartphone include 4G VoLTE, Wi-Fi 802.11 a/b/g/n/ac, and Bluetooth 5.0.

Recently Motorola launched its new smartphone called Motorola Moto G8. This device has comes with lots of new Features and Modern Technology. The Motorola Moto G8 has powered by a Qualcomm Snapdragon 665 Soc with 4GB of RAM. It runs the latest Android 10 out of the Box. it features to 6.4-inch HD+ LCD display, with a punch-hole selfie camera. There has a triple Rear Camera and a single Punch-hile selfie camera.

We like to know your opinion and feedback in the comment section down below. Stay tuned for further updates