In the Terms of It has 12 MP + 12 MP + 5 MP triple rear cameras  Sensor of 4000 x 3000 Pixels with Six-LED dual-tone flash it has an aperture f/1.8 and second is the f/2.6 and the third aperture did not announce till, While video recording can record slow motion 2160p at 30 fps another recording 1080p at 30fps this phone has panorama and auto HDR it has Phase Detection autofocus for the image into two copies.

while front camera has to confer 20MP of the aperture f/2.0 the device has to available the under display camera it offers 1080p at 30fps video recording some features improving exposure and camera related option as alike Continuous Shooting, Digital Zoom, Auto Flash, Face detection, Touch to focus.

The smartphone has powered by the octa-core Qualcomm Snapdragon 845 (7nm) chipset paired by the 6GB Ram let see there is Adreno 630 for the graphics performance by the afford architecture has 64 bit the device has only offered 64GB internal memory Meizu runs over the Android 8.1 (oreo) on the top of Flyme UI custom skin on the top of the android. 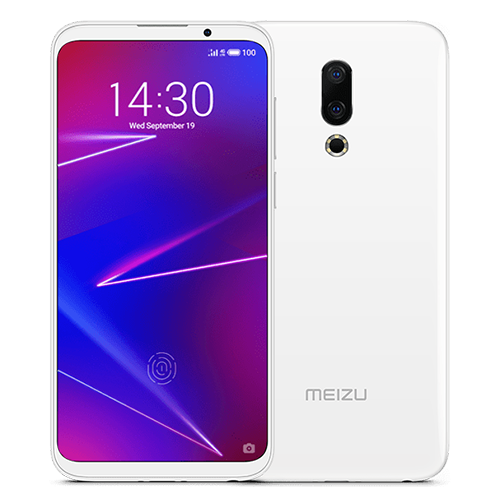 it has come in the capacity of the battery 3200 mAh Li-ion type of device which fasts quick charging
the phone has an apart fingerprint sensor which has top of on the screen and some sensors to related as like Light sensor, Proximity sensor, Accelerometer

In the case of Meizu, 16S is launching on January 30, 2019, there are various type of multiple colours option as like a white, black with it will sell the market expected price (Rs 28,990) coupled with 6GB ram and having the 64GB internal storage it doesn’t support the micro USB it looking pretty display well good design offer.

Tell Us What did you think about this smartphone? We are intrested to Know your Thought! Let us Know in the Comment Section. Stay tuned for More Further Updates.