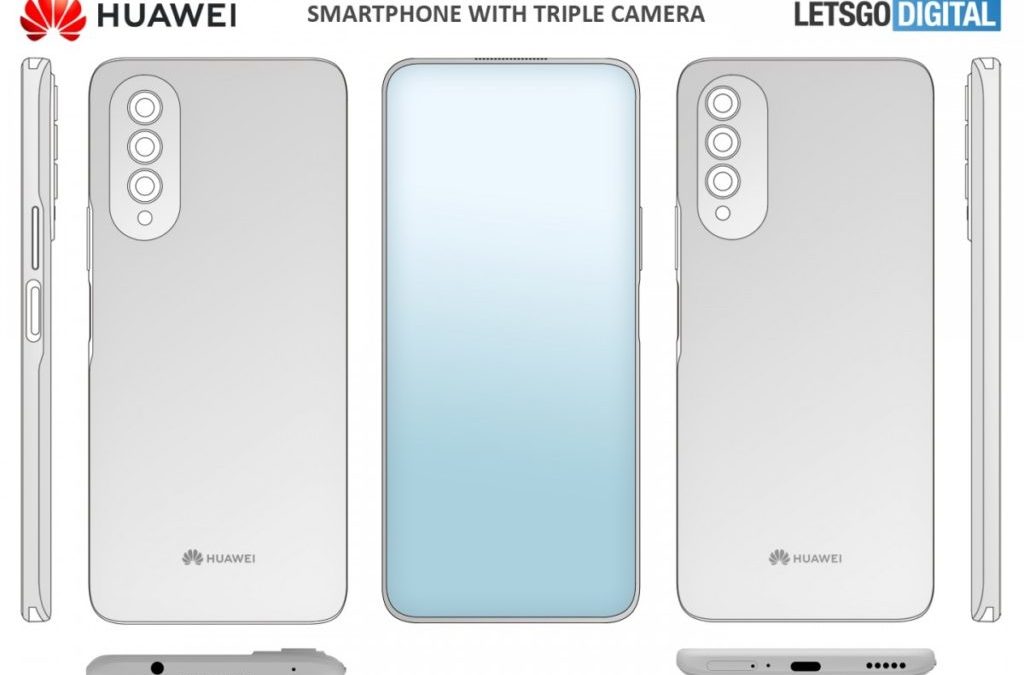 ZTE was the first company to launch a smartphone with an in-display selfie camera last year. In the next few months, Xiaomi and Samsung are expected to launch their first smartphones with under-display cameras.

In December last year, Huawei submitted a design patent to the China National Intellectual Property Administration (CNIPA) for a mysterious phone with an in-screen camera. LetsGoDigital reported today that a patent was published today (July 9) that reveals the phone’s design.

According to the publication, patent filling has several models with almost identical designs. Based on the patent documentation, it has created a render of the phone. There is an in-display selfie camera as well as an impressive full-screen design on the front of the device.

Two buttons are located on the right side of the phone. The top

edge has a 3.5mm audio jack and a microphone, while the bottom has a speaker grille, a USB-C port, a microphone, and a SIM card slot.

It has an oval-shaped camera housing with a vertically aligned triple camera unit and an LED flash. Two types of camera designs can be seen in the renders, one of which places the triple cameras on the left side of the camera island, while the other places them in the center.

Huawei may use the design of the phone on an upper mid-range phone, not a flagship. In the wake of brands like Xiaomi and Samsung preparing to launch first phones with in-display cameras, Huawei may not have to wait long to launch its first phone with an in-screen camera.