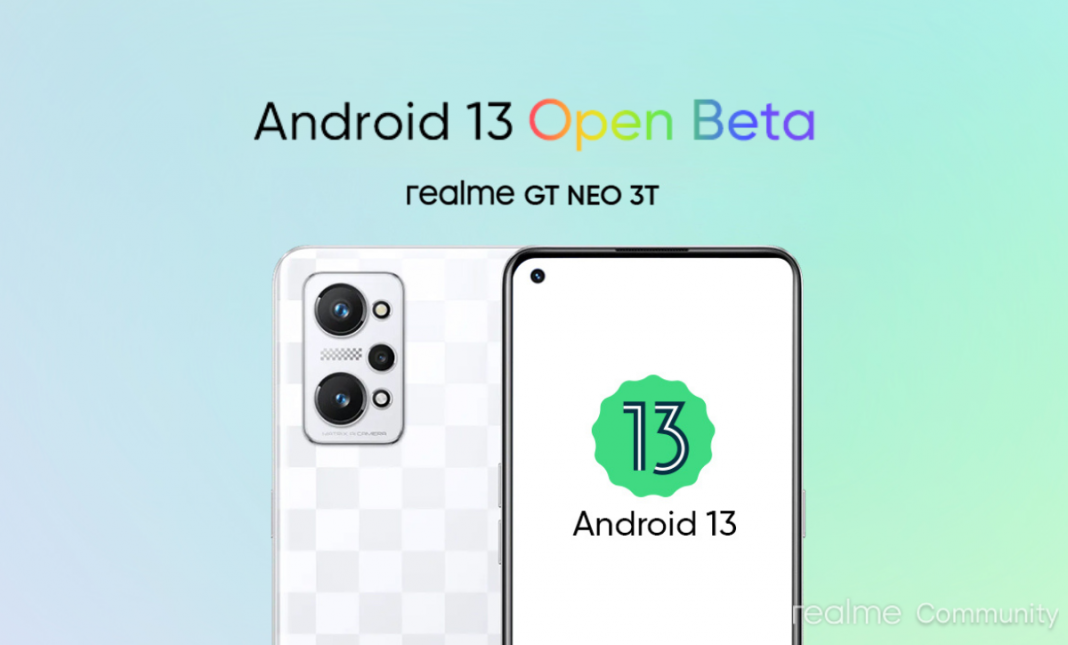 A stable version of Realme UI 3.0 has already been released for the GT 2 Pro and vanilla GT 2. In the wake of last month’s early access update, the brand has now begun Open Beta testing for the Realme GT Neo 3T.

Realme recommends users make a backup of their personal data before installing the app. Before clicking “install now”, customers should ensure their devices have at least 60% battery life. Applications are not accepted from users whose handsets have been rooted.

It is expected that users will notice longer startup times after installing Android 13; boot times will vary depending on how many third-party applications are installed on the device. While the system adapts programs, runs security scans, and optimizes the background, battery life may be affected.