The smartphone has the waterdrop notch display boasting and it has fitted with the 6.09-inch on the IPS LCD capacitive display of the screen resolution has the 720×1460 pixels.it has 19.5:9 of the aspect ratio, 87% of the screen to body ratio.

Under the Hood, it is the latest MediaTek Helio P35 12nm octa-core processor and there is the 2.3 GHz up to clocked speed, the phone has the ADRENO PowerVR GE8320 GPU amazing graphics card. for the storage, it has the 3GB of RAM for the downloads and the device packs with two versions of internal memory of the 32GB and 64GB .storage can further Expandable Via MicroSD card up to 512GB.it runs on the Android 9.0 Pie based EMUI 9.0 out of the box.

the smartphone has the 13megapixel of single rear camera with the LED Flash and an aperture lens of f/1.8, while selfie shooter has sported the 8megapixel, of the aperture lens f/2.0 and some features as like autofocus, face beauty.

there has the capacity of 3020mAh battery with the supports carries 5V/1A and good level work of battery.for the other Connectivity as like t supports Wi-Fi 802 /g/n, Bluetooth 4.2 Low Energy, GPS with A-GPS, GLONASS, and Dual 4G VoLTE. The device has the 3.5mm Audio Jack. Unfortunately, it has no fingerprint sensor, but this device has Face unlock. 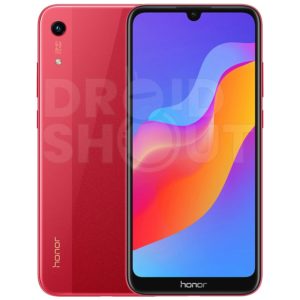 Honor 7A which had launched in India in May last year at INR 8,999.while the Honor Play 8A is expected to priced limit the INR 10,000 for the 32GB version.

Thanks for Being With us, Share your thoughts about this Device in the Comment Section Down Below. Stay tuned for More Further Updates.