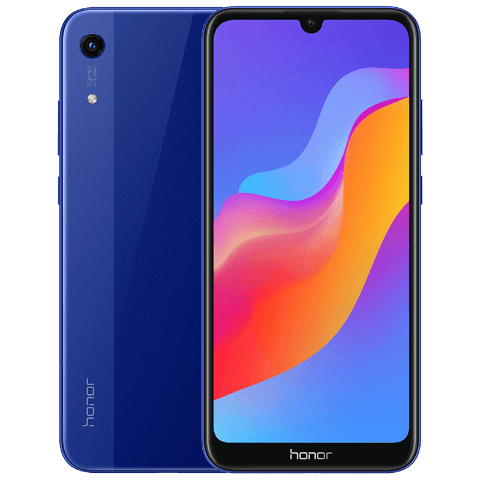 This device will be available to Pre-order on clove, and this is the successor to Honor 8A 2019. Let’s take a closer look toward the device and know more about it.

Under the hood, the device is powered by MediaTek Helio P35 Soc coupled with a 3GB of Ram and 64GB of onboard storage.

In terms of camera performance, the device has a single rear camera module placed on the upper left corner of the device accomplished by LEF flash. While the device housing a Solo 13ML f/1.8MP camera sensor and for the front it having an 8MP f/2.0 selfie shooter.

Furthermore, the device equipped with a 3020mAh battery charging solution through USB Type-C port bundled inside the box. Additionally, it runs on Android 9 Pie-based custom skin EMUI 9 out of the box. Not to mention, the device also has a rear-mounted fingerprint scanner for privacy concerns.

The device was initially available in two different colour variant as Blue and Black. Whereas the device price at £108.833 and will be available from April 15th. Unfortunately, there are no details are available about the device expanding to another region in preference to likely the device later arriving in the south-Asian market.

Thanks for being with us we would like to know your valuable opinion and feedback. If there is any query share with us in the comment section down below.