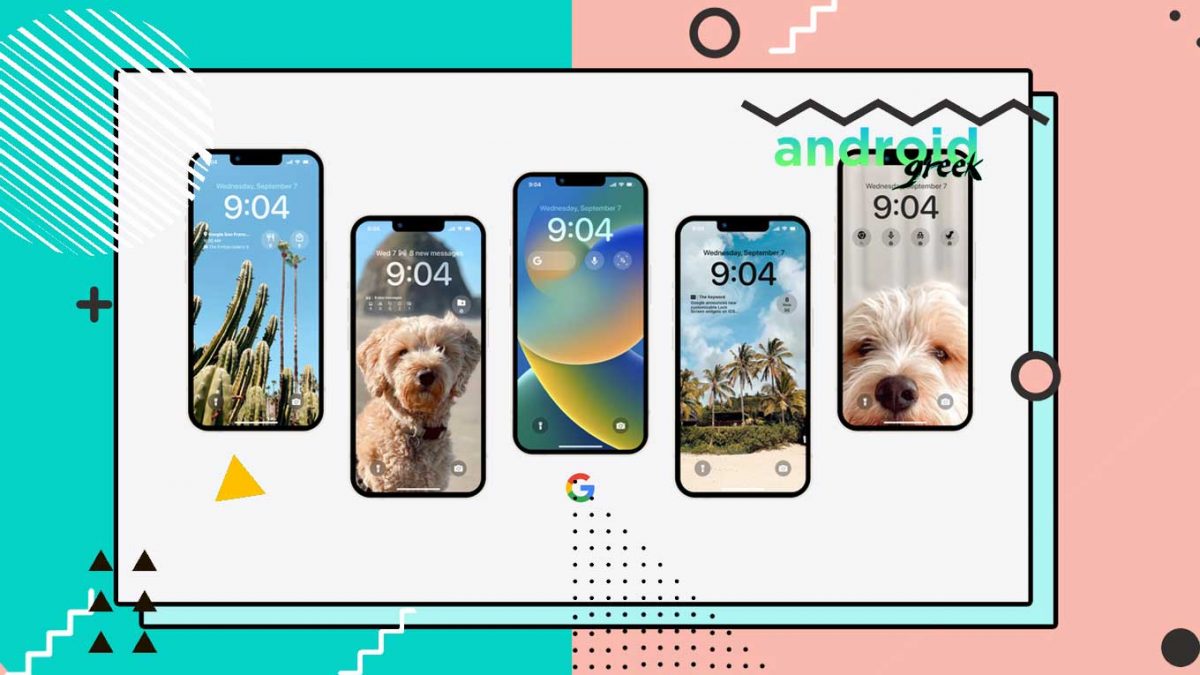 Since the iOS 16 launch, everyone has been excited to get onto the new additions, especially the iOS 16 lock screen. The OS now has new widgets, so you can get into your favorite app using a single tap. However, Some widgets are upgraded and enrolled by Apple itself. But, the day after the iOS 16 launch, Google also announced something for it.

Certainly, Google announced a contribution to iOS 16 lock screen widgets. For which, Google’s prominent services like Google news, Gmail, and more will now feature as iOS 16 widgets. However, Gmail might take some more time, but the rest are now available. So, To know exactly what Google has done for the iOS 16 lock screen, let’s jump below and look at it.

The iOS 16 has been formally announced and rolled up from iPhone 8/8 Plus to iPhone 14 Pro Max. After the iOS 16 announcement, many new things are coming into the picture. But, the major attraction goes to the lock screen widget. Because This time, Apple added an exciting widget feature that showcases the iOS 16 lock screen.

Google Chrome is one of the popular web browsers that offer easy-to-search facilities. Also, the major web browser that supports it everywhere. And that’s the reason Apple users use Chrome even if they have safari. For this reason, Google said Chrome would feature a lock screen widget so users can search using a single tap, even in Incognito mode.

Google Search: Earlier, Whenever you want to search for something on Google. It would be best if you went through the home screen. But, users can search their queries with a single tap after such a Google announcement. Additionally, they can customize the search using voice/camera.

Google News: We all know Google news is the most trusted news serving app by Google. Through which you can get notified of all events over the globe. Earlier, users needed to go through with the Google news app. But, after such an announcement on iOS, 16 users will get real-time headlines on their lock screen.

Gmail: Google Mail is the most frequent Google service that every office enthusiast uses. We can add Gmail as an iOS lock-screen widget is one of the best decisions. Certainly, This iOS 16 lock screen widget helps users to see several new messages, including their labels. So that users get instantly directed to their Important emails.

In a nutshell, Google has announced the addition of these widgets to the iOS 16 lock screen. That means it takes some more time to release on such an OS. However, it expects that they will gradually roll out in future weeks. So, If you are left to update for iOS 16, don’t be late; head to your device software settings and update it to the latest OS.