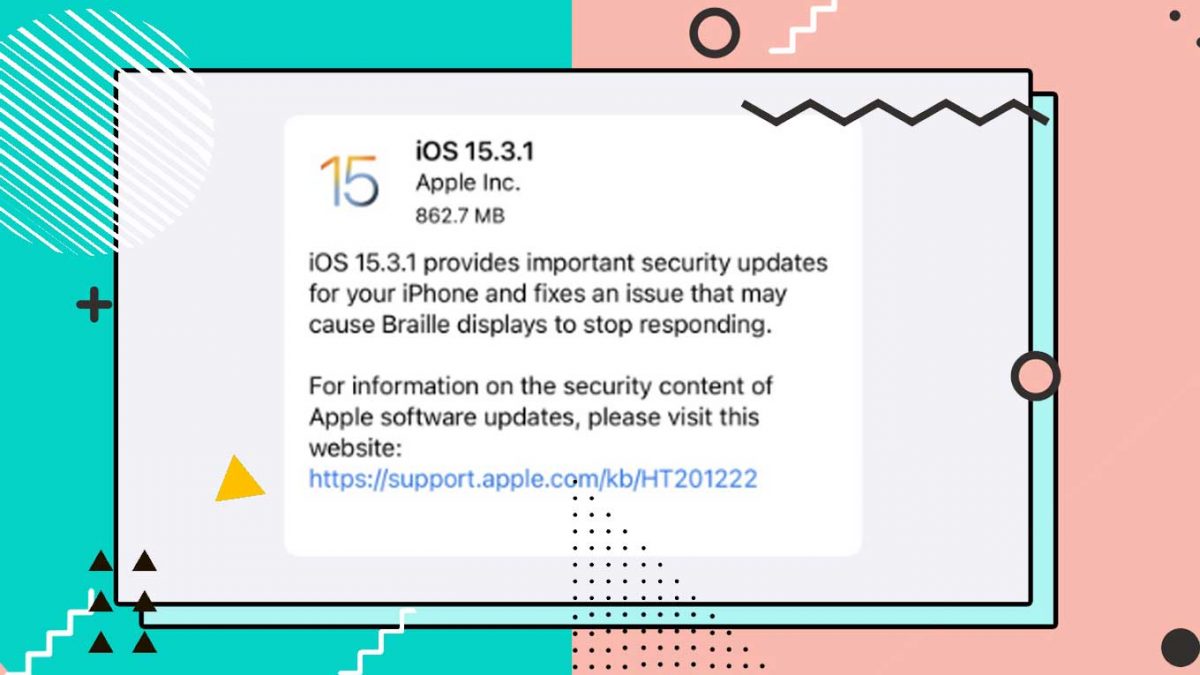 Apple began rolling out the latest versions of iOS 15.3.1 and iPadOS 15.3.1 yesterday. It is advised to update your device as soon as you receive the update. Apple says “Important Security Update,” which is likely for the Safari vulnerability and to fix the braille display stop responding.

This update weighs in at around 862.7MB, and the build number is 19D52. Let’s take a deep dive into this update and learn more about it.

Recently, the Safari bug allows any website to track your internet activity and can potentially reveal your identity. Apple tried to fix this with the last update to IOS 15.3 and iPadOS 15.3. According to FingerprintJS, this update will enhance the Safari Security Fix.

An update was available for these devices, mentioned in the description under WebKit.

Impact: Processing maliciously crafted web content may lead to arbitrary code execution. Apple is aware of a report that this issue may have been actively exploited.

Description: A use after free issue was addressed with improved memory management.

It is quite simple to update your device to the latest version. Check out the following instructions mentioned down below.

So if you are a user of iPhone and iPad then it’s is recommended to update to the latest version. Apple is also preparing the iOS 15.4 version, which brings the major update including Face ID with mask, and Universal control, New Emoji, Tap-To-Pay, and more.

Hopefully, this article remains helpful for you and you have successfully updated your device to the latest version. Thanks for being with us. We would like to know your valuable opinion and feedback. If there is any query, please share it with us in the comment section down below.