Coolpad launched its Budget Smartphone in India Named as the Coolpad Cool 5. Which is a Successor of Cool 3 Plus launched earlier this year. It Brings a Major Improvement in terms of Battery Life, Dual Rear Camera Setup, Rear Mounted Fingerprint Sensor, Waterdrop Notch and Octa-Core Chipset. The Device Will Compete With Redmi 8A, Vivo U1- and Realme 5.

it comes with a 6.2-Inch Waterdrop Notch Display With a 19:9 aspect ratio. The Screen is a 2.5D Curved Glass With HD+ Resolution.

Under the Hood, The Devie is Powered by MediaTek Helio MT6762 Soc Coupled With 4GB of Ram and 64GB of Onboard Storage. The Chipset is an octa-Core CPU Clocked at 2GHz. 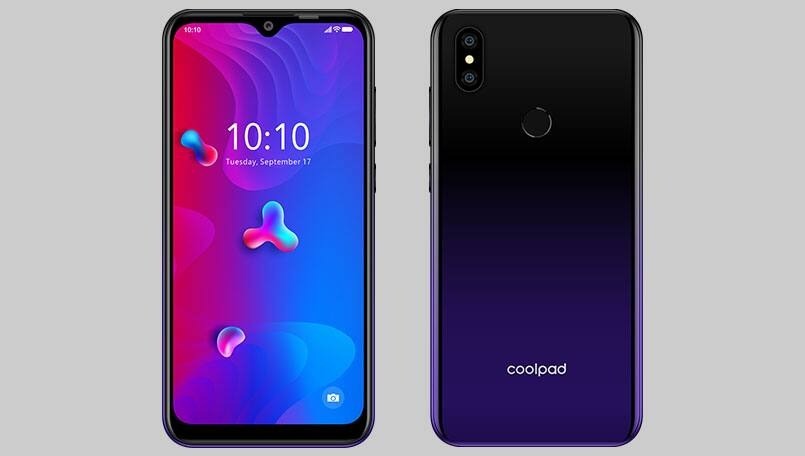 in the Terms of Camera Performance, it Having a Dual Rear Camera Setup housing a 13MP primary + 2MP Depth Sensor alongside a LED Flash. While the Front is a 16MP Selfie Shooter.

For Connectivity, It Will Comes with all Standard Connection as the MicroUSB Port, Wi-Fi, GPS, FM Rato, Bluetooth and the 3.5mm audio jack. On Software Front, The Devie Run on Android 9.0 Pie out of the box. To Power the Devie it packed a 4000mAh battery, Which can Stand up for 18hours
on a Single Charge.

“We are highly optimistic about the festive season sales this year. Our marketing investment is 7% of the total revenue generated from online & offline sales in the second half of 2019.” He also went on to state, “We are expecting a major boost in sales with a target of 100,000 units.

The Devie Will be Starting from ₹7,999 and Currently Available on Sale, You can make Purchase from Amazon India. Also, You can Take Advantage With the Great Indian Festival Sale Discounts. There Was Triple Color option Install Comes in Gradient Blue, Gradient Gold, and Midnight Blue.

Thanks for Being With us, Share your valuable opinion and feedback in the Comment section down below. Stay tuned for more further updates in future on Same.