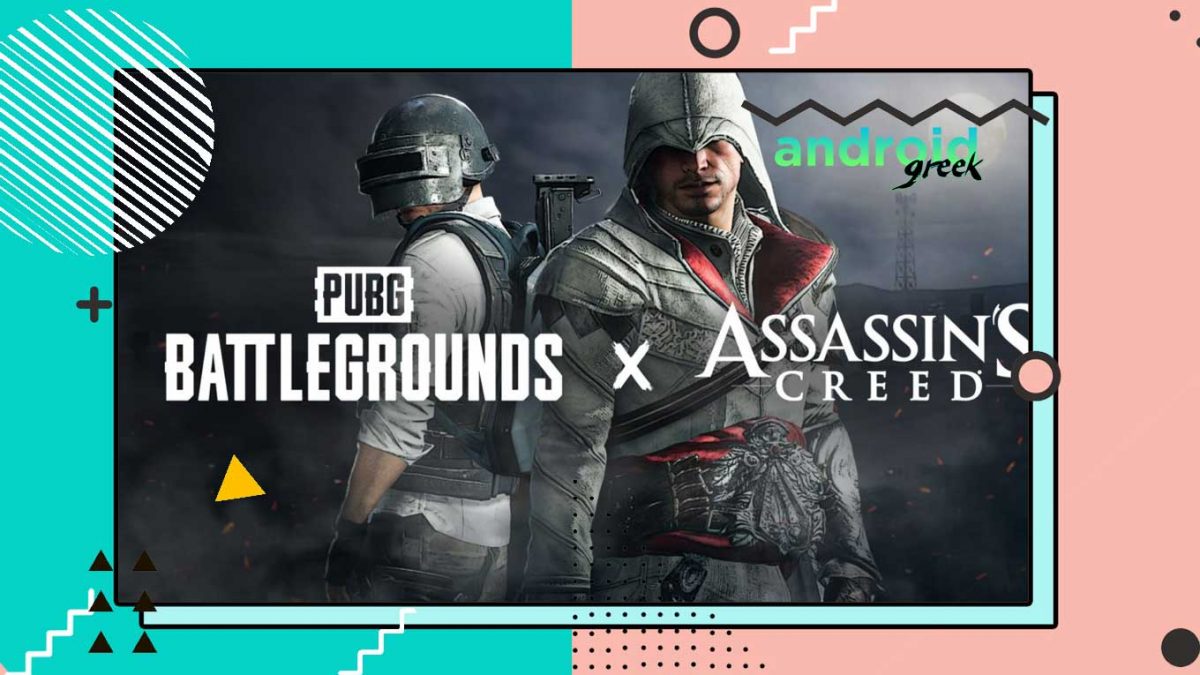 Suppose you love to enjoy the Assassin’s creed open-world environment. Furthermore, I cannot leave popular battle royales. Then, be ready to experience Assassin’s creed and battle royale together. Recently, PUBG Battlegrounds developer Krafton announced a collaboration with Ubisoft to offer something unique to their users.

Surprisingly, PUBG Battlegrounds Sister New State is tied up with the same collaboration. In this collaboration, players from these games will have a lot of Assassin’s creed cosmetic items. Additionally, some free rewards will be given only to the participants. So, To explain the entire collaboration, just look up the below guide and learn more.

With new updates, it has now been revealed that the Assassin’s creed crossover will soon feature on both PUBG Battlegrounds and New State. Indeed, It is a unique event through which players get a chance to participate and get Assassin’s open world experience. The more tempting thing that becomes the center of attraction is the battle royale and Assassin’s creed collaboration.

Moreover, participating players can collect numerous in-game items for PUBG Battlegrounds and New State during the event separately. Furthermore, hearing such notification, interested users have several queries. So, To answer them and explain the complete event, just take a look at the below breakup and understand the event.

The Announcement says confirmed dates for both PUBG battlegrounds and New State. The Assassin’s Creed event for PUBG Battlegrounds will start on 17th August and last till 22nd September 2022. However, For New State, the event dates are from 18th August to 21st September 2022.

As you can see, the Assassin’s creed event will run for almost a month. It means players get enough chance to participate in different series under this event. Because The event has numerous in-game items you can get by winning each participating series, it offers players a massive range of items.

Developers have separated the rewards for both PUBG battlegrounds and New State. Below are the In-game rewards available on PUBG Battlegrounds x Assassin’s Creed.

The New State x Assassin’s Creed event offers around 30 Special in-game rewards to deserving players. Interestingly, In these rewards, players will get all types of in-game cosmetics such as weapon skin, collaboration crates, and more. Meanwhile, an excellent opportunity to collect all such exciting cosmetics. So, below are those rewards that will be offered during this event.

Furthermore, Players can earn more with daily login rewards. All thanks to Abstergo Industries, who penetrate an impressive building on the Haven map with a hidden animus machine and leaf of faith edges. So that players can perform iconic faith jumps and complete all the missions with acquiring more rewards.

These are the significant updates relating to the PUBG Battlegrounds x Assassin’s creed event. The scheduled date has some more time. It means developers will announce some more things regarding the event. So, be updated with us and krafton official handles. However, if any user has queries, ask them in the below section.