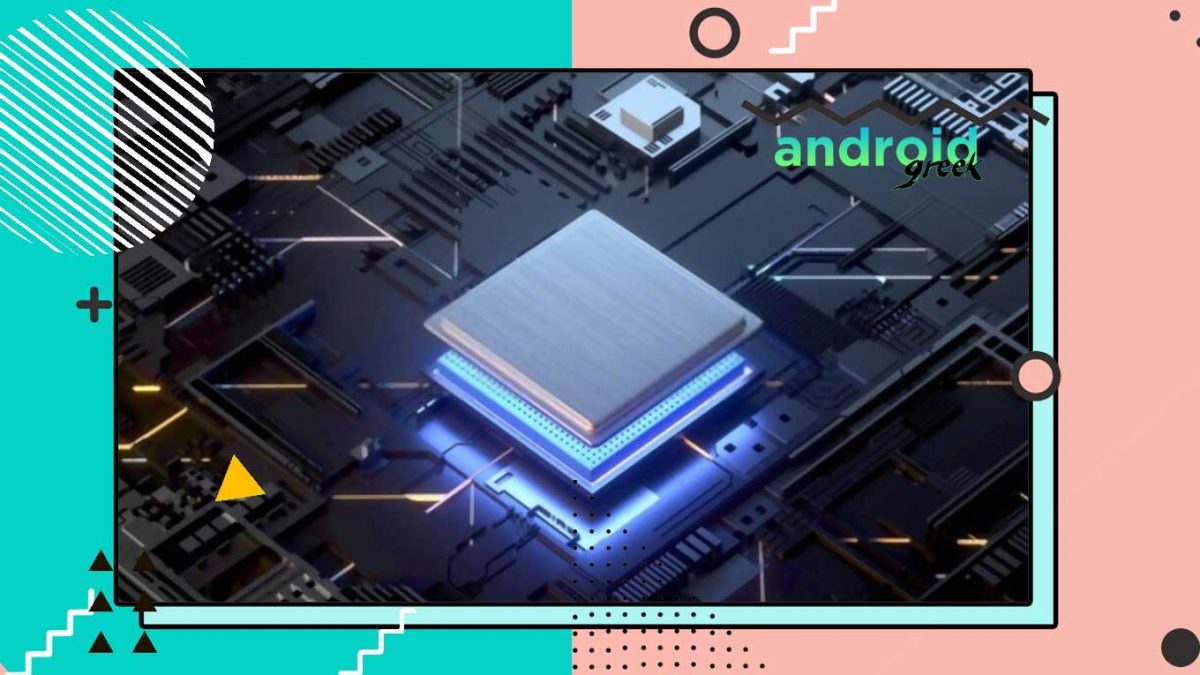 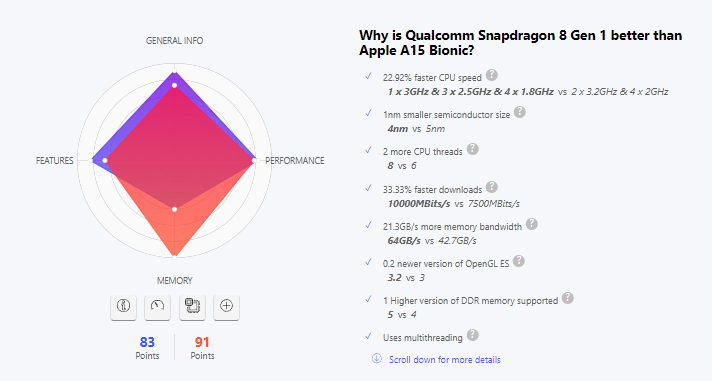 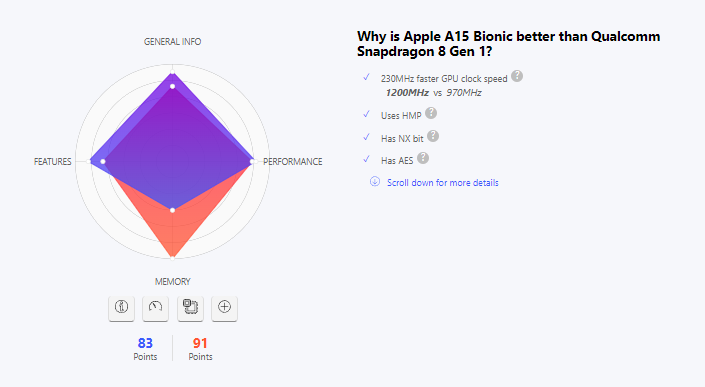 Speed is one of the major factors among smartphones, and what makes it more interesting to know which is faster, Apple’s A15 Bionic or Snapdragon 8+ Gen across the board. In this test, the device we consider is the Apple iPhone 13 (Apple 5nm A15 Bionic paired with 4GB of Ram) and IQOO 9T (Qualcomm 4nm Snapdragon 8+ Gen 1 with 8GB of Ram).

Before proceeding, we like to know you that the device is connected to the Same Wi-fi network, and the Game booster is disabled to prevent Ram management which clears the background task. An opening is faster, and Importing video files is significantly faster than Apple A15 Bionic. Regarding Exporting, Apple iPhone 13 wins by exporting 720p edited video.

Apple does a pretty amazing job regarding better Ram management; IQOO holds some applications but doesn’t have much.

iPhone 13 Single-Core Score is much better, But iQOO 9T has a good score in Multi-score on Geekbench. However, AnTuTu shows a higher score for the Iqoo 9T.

Playing Call Of Duty on higher graphics settings for 3 Minutes followed up by CPU Benchmark, iPhone goes from 27°C to 32°C, and Iqoo 9T goes 26°C to 34°C.

Even after a year-old Soc, Apple’s A15 Bionic Chip leaps with better Ram management and Heating. App opening is great on Snapdragon; we all know App optimization is way better on Apple devices.

Thanks for being with us; we would like to know your valuable opinion and feedback; if there is any query, share it with us in the comment section down below.